The Cambridge, Mass., marketplace company on Thursday reported revenue of $158.2 million in the fourth quarter that ended Dec. 31, 2019, up 25 percent from the same period a year ago. Marketplace subscriptions brought in $140.6 million, a jump of 24 percent from a year earlier, the company said.

Net income for the fourth quarter grew by 6 percent, to $13.2 million, over the same period a year ago.

But profit slid by 35 percent for the full year, to $42.1 million. CarGurus said that’s due to a tax benefit of $39.7 million it recorded in 2018 that is largely attributed to the impact of the company’s post-IPO share price on equity compensation plans, and that lifted its earnings last year.

“Over the course of 2019, we invested significant resources to increase our brand recognition, boost direct traffic, improve the consumer experience and, ultimately, increase the quality and quantity of leads we deliver to dealers,” CEO Langley Steinert told analysts Thursday on a fourth-quarter earnings call.

“We made important progress against each of these initiatives throughout the year.”

CarGurus said it had 28,990 paying dealers in the U.S. at the end of 2019, up from 27,534 in the prior year. The company uses a “freemium” model that allows dealerships to list their inventory for free, but can unlock additional features with a subscription fee. CarGurus previously told Automotive News its total dealership count is more than 40,000.

Last month, CarGurus acquired Autolist, a San Francisco online vehicle marketplace that is expected to increase scale for dealers. Dealers who pay to list their inventory on CarGurus also will have access to Autolist, which the company has said is a way to increase value for subscribing dealerships.

The company will focus on enticing more dealers to subscribe in 2020, Steinert said. CarGurus this week rolled out its revamped real-time performance marketing products, which includes social media ads, to dealerships nationwide.

And the company said it intends to reduce advertising on its website this year to offer a better consumer experience, with the goal of driving more leads and increase conversion to sales, CFO Jason Trevisan said on the earnings call. That likely will mean a short-term loss of advertising revenue, he added, as CarGurus expects “very little growth from our OEM and automotive partner advertising business in 2020.”

“While this decision certainly means forgoing short-term transactional advertising revenue, we know this decision is in the best interest of both consumers and dealers and supports a healthier subscription business for CarGurus over the long term,” Trevisan said.

He added that the revenue impact likely will result in “relatively flat” total revenue growth from the fourth quarter of 2019 through the first quarter of 2020. CarGurus projects first-quarter revenue ranging from $156.5 million to $159.5 million. For full-year 2020, CarGurus anticipates revenue of $664 million to $676 million.

CarGurus shares were mostly flat closing at $34.10 on Thursday. 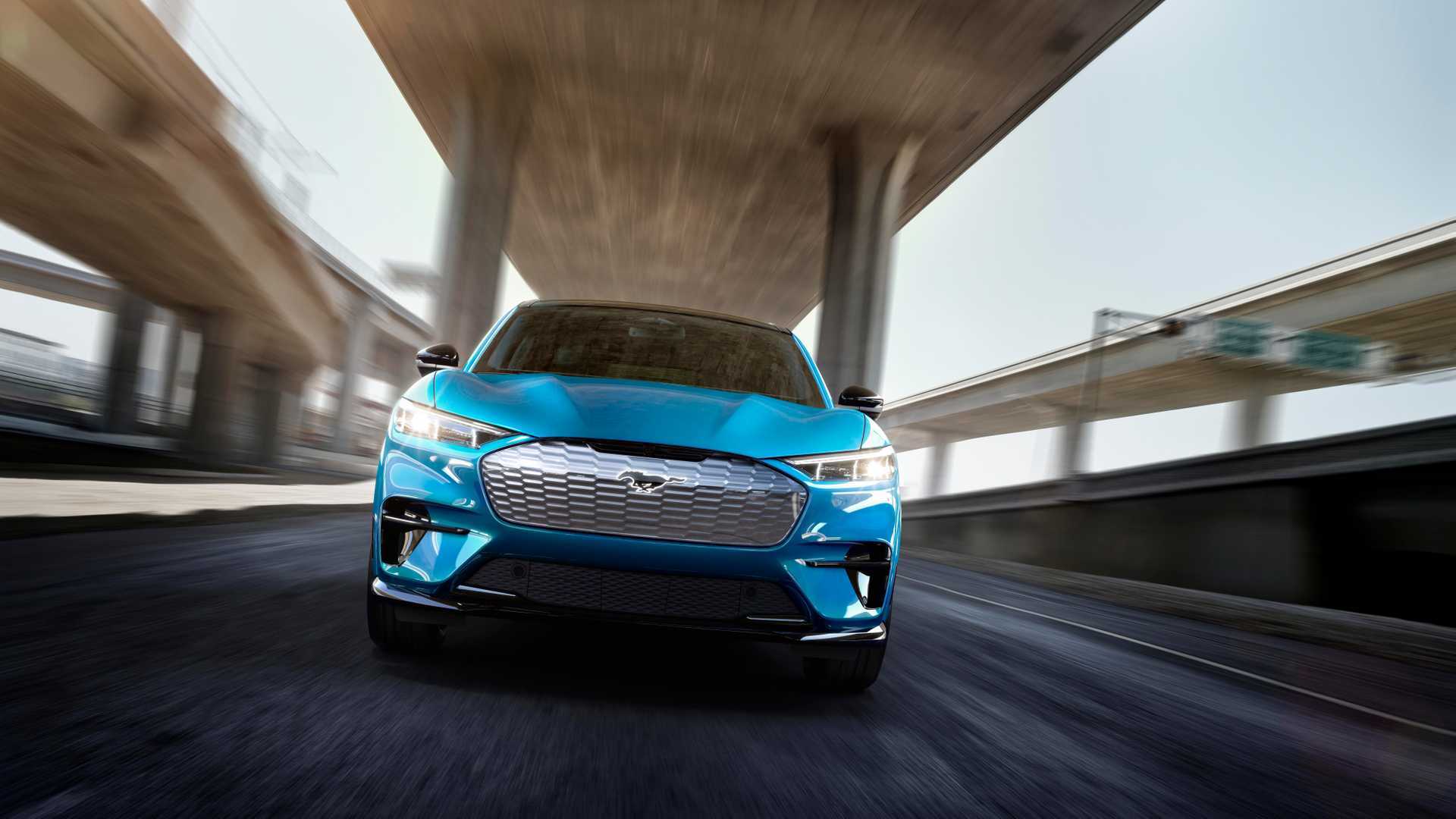 Ford Mustang Mach-E Might Help You Get Lucky… In Love

Chances are, rolling up to a date in the Ford Mustang Mach-E, or another electric car like a Tesla Model 3, Porsche Taycan and so on, seemingly improves your chances of landing a second date.

And no, we aren’t making this up. According to a Ford survey, people “vibe with electric vehicles.” Ford even goes so far as to say that the Mach-E “might land you a second date – if you play your cards right.”

The actual findings from the survey are as follows:

But for Valentine’s Day, Ford presented the survey results with a bit of humor and twist. Regardless, the findings are that electric cars create a good first impression and on the dating scene, owning an electric car might actually improve your chance of success.

Read more on how you might get lucky by owning the Mach-E in the Ford press release below:

Whether it’s celebrating with a new squeeze, revisiting an old flame or doing the anti-holiday night out with the gals (or guys), your all-electric Mustang Mach-E can make whatever you do on Valentine’s Day a little more special.

Next Valentine’s Day, it might land you a second date – if you play your cards right.

And if rolling up in your Mustang Mach-E impressed your date, then you better have a plan. Thankfully, you’re covered. Our first-ever cloud-connected communications system – called SYNC® 4A in the Mustang Mach-E – lets you find the right place for a romantic dinner powered by Yelp’s reviews and ratings of the hottest dining spots.

*The survey was conducted by global research and analytics consultancy PSB in June 2019 covering 3,000 people across Europe, USA and China between June 6 and June 14. 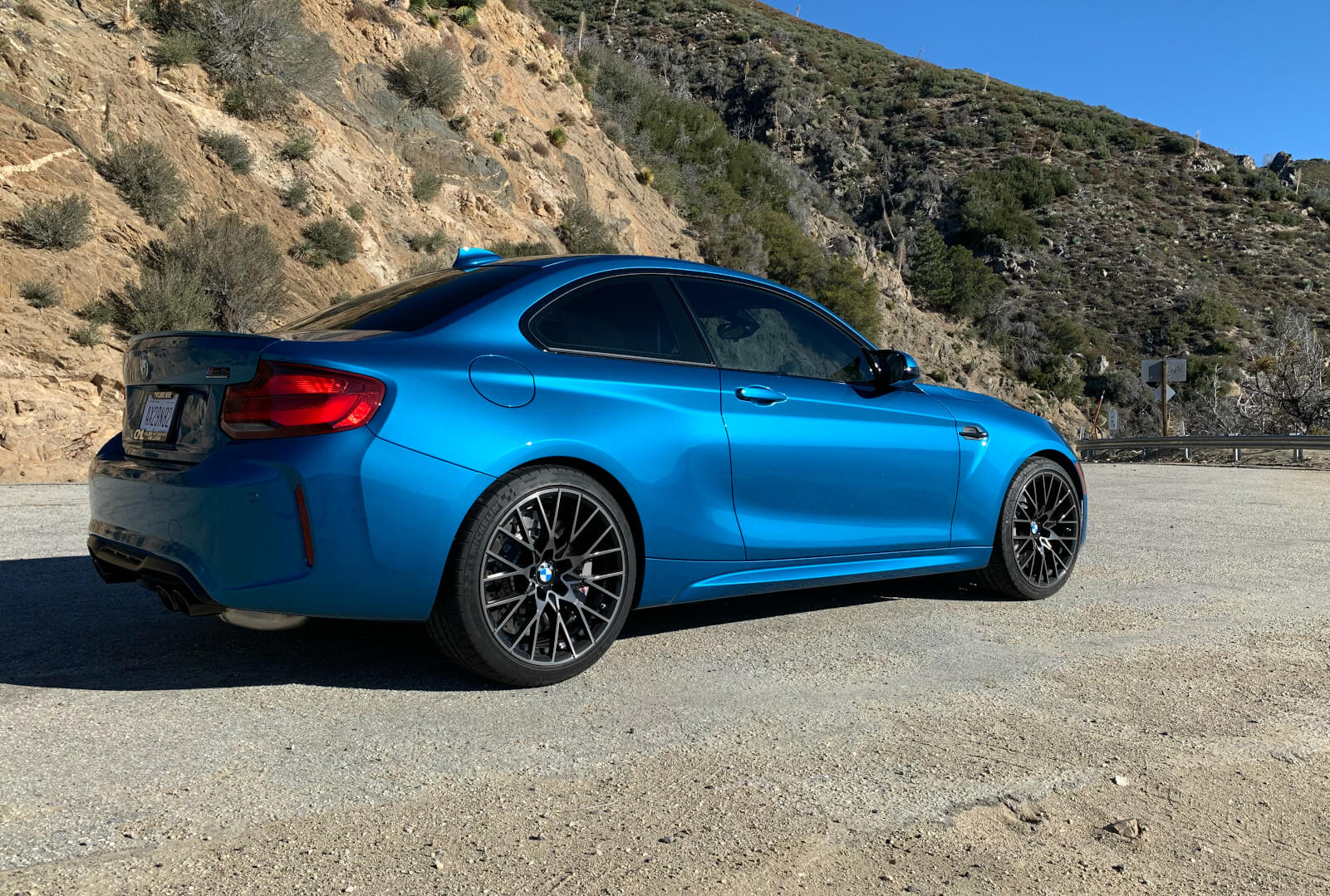 The Connected Car Program, powered by Automatic Labs’ in-vehicle adapter and app, was launched at five AutoNation stores in the U.S. in April 2019, the automotive retailer said in a statement Thursday.

The Automatic app gives customers and AutoNation access to vehicle health notifications, active recalls and engine light-check alerts. AutoNation said 97 percent of customers who activated the Connected Car Program at point of sale remain engaged with the program, and it has seen a higher retention of customers’ vehicle maintenance and service business.

“This service establishes a strong and lasting connection between dealers and their customers long after the sale. We are very excited to continue building on the program’s success with AutoNation,” Joe Verbrugge, executive vice president and division president of Connected Vehicle for SiriusXM, said in a statement.

“When the product is installed in the vehicle, it gives the consumer a great view of what’s going on in their vehicle,” Cannon said.

“The bottom line is customers like the product. We like it because it gives us insight to when they’re going to need service or what we can do to help them. It’s highly personalized. … Our brand is about delivering a great customer experience, and this is just one more way to do that.”

FRANKFURT — Ford has cut production of the Fiesta small hatchback at its plant in Cologne, Germany, in reaction to factors including a drop in UK sales. The model is the best-selling car in Europe’s second largest market.

Ford will reduce Fiesta production to four days a week, down from five, at the plant in a move that will affect 2,200 workers. The reduced output is expected to last until year-end, with a review in May, a Ford spokesman told Automotive News Europe.

“Southern Europe and the United Kingdom are seeing weaker demand [for the Fiesta], leading to the need to adjust production,” the spokesman said.

Overall sales of new cars in the UK fell 7.3 percent in January as consumers held back from big purchases due to factors including ongoing economic uncertainty following Brexit.

The Cologne plant produces 1,150 Fiestas a day, with a third of that output going to the UK.

Ford builds the Fiesta alongside the StreetScooter Work XL electric commercial van in Cologne, according to the Automotive News Europe Assembly Plant Map.