The Volkswagen Tiguan R Is Practical And Fast, But Is It Fun To Drive?

Last June, along with a facelift, the Tiguan compact SUV got a number of new variants, the most interesting of which is the sporty Tiguan R.

Although it was launched in Europe last year, the Tiguan R will arrive in North America this fall as a 2022 model year. It sits at the top of the SUV’s range and promises a sportier driving experience without sacrificing its practicality.

Driven: VW Tiguan Allspace 110 TSI Comfortline Is All About Space

Besides the meaty lump, the 2021 Tiguan R has upgraded brakes and a specially tuned suspension with adaptive shock absorbers. It rides on standard 20-inch wheels, but in some markets, Volkswagen is offering a 21-inch set at no extra cost. The Akrapovic titanium exhaust system does bump the price of the sporty SUV beyond the recommended retail price of €56,703.53 ($68,966) in Germany and £45,915 ($64,205) in the UK. We don’t know yet how much it will cost in the U.S., but expect to pay more than the SEL Premium R-Line, which is the current range-topper of the series and comes with an MSRP of $39,095.

So, is the Tiguan R worth considering? It depends on what you want your next ride to do, but if you’re interested in it, then you should check out the following review which highlights some of the sporty SUV’s strong and weak points. 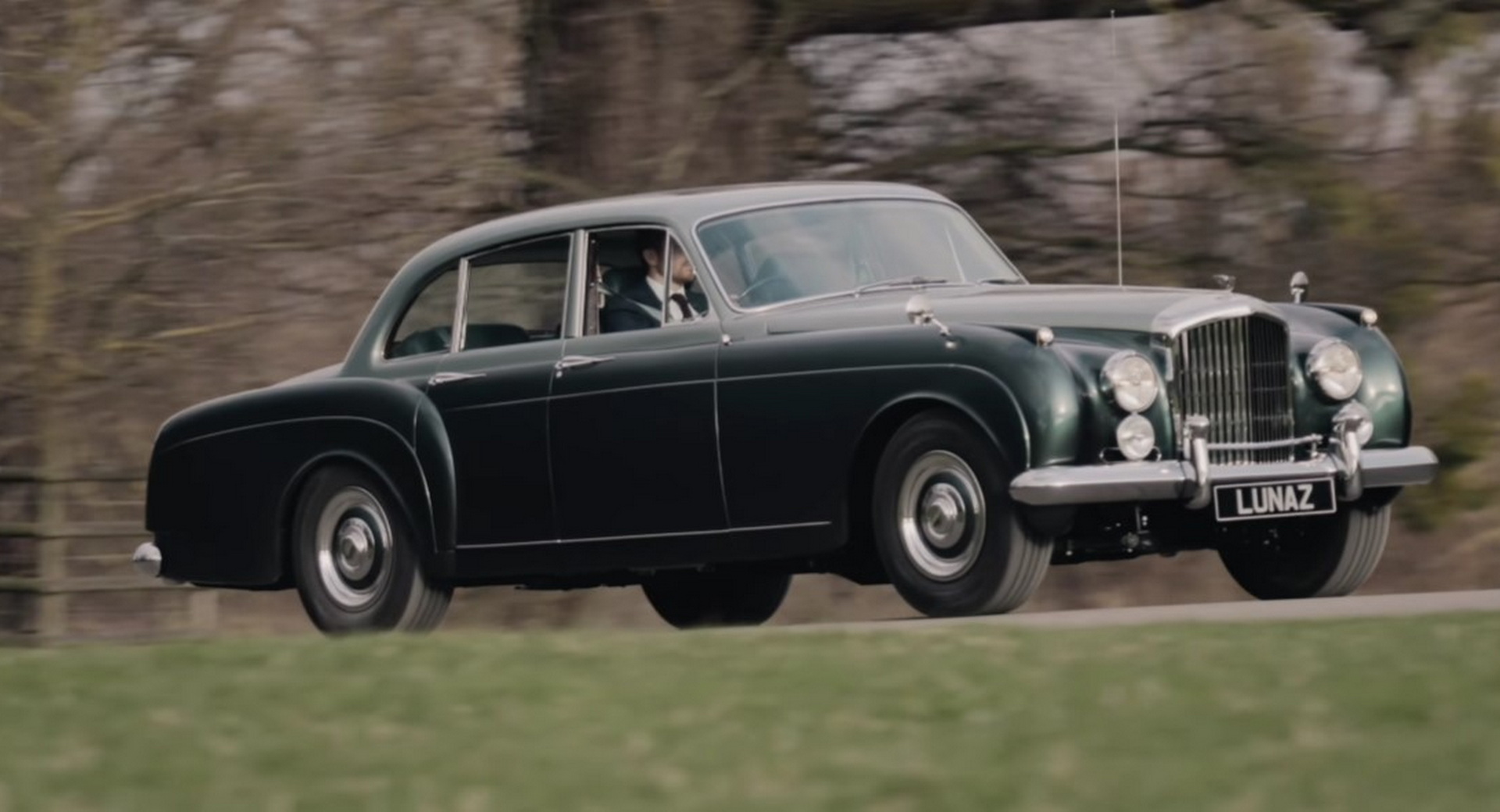 In their pursuit of luxury, Bentley and Rolls Royce have long sought to make their cars quieter, their drivelines smoother, and their torque waftier. So why hasn’t there been something like the Lunaz Bentley S1 before?

The car is one of Lunaz’s range of classic British cars that have been converted to run on electric power. The company doesn’t just take a drivetrain from a crashed EV and slip into an old car, though, it really works to make its conversions feel better than factory.

And that’s good because these conversions can cost nearly $500,000, so quality is a must. To ensure that, the company strips these cars down to their bare chassis and scans them to make sure that the batteries and motors are going into the best spots possible.

In the case of this S1, the batteries are split between the front and the rear to make sure it still feels vaguely like a ’60 Bentley. Lunaz is also obsessive about quality. The company adds features like USB cables, air conditioning, and even heated seats. Better yet, attention to detail is apparently Singer-like.

Lunaz doesn’t take the charm out of its cars either. Although filled with new luxuries, the look remains old-fashioned, as does the drive.

“Going around corners is—yeah—quite interesting. Let’s call it period correct,” says host Jack Rix. “Turn the wheel and you stare down this enormous bonnet at the flying B all the way over there and you wait a bit and then bit more and then the prow comes around. It’s a lot more like sailing a ship than it is like driving a car. But it is so, so much fun.”

Better yet, you aren’t dealing with a dirty, spluttering, old-school engine that refuses to run properly.

The new generation Citroen C4, which looks more like a crossover than a conventional C-segment hatchback, boasts a youthful design with tiny LEDs, big headlamps and a small grille up front, a sloping roofline and wide fenders.

Also, since electric vehicles are on the rise, it offers such a variant too, alongside the petrol and diesel versions. And it’s the e-C4, as it is named, that was put to the test by Rory Reid, who made some very bold claims by comparing its super light steering and comfy suspension to a Rolls-Royce.

Also Read: 2020 Citroen C4 And e-C4 Are Not Your Usual Compact Hatchbacks

The ex-Top Gear co-host went as far as calling it “the Rolls-Royce of hatchbacks”. Sounds like he was impressed by the comfort, then, but what about the rest of the car? The answer lies in the following video, but before that, let’s take a look at its specs. 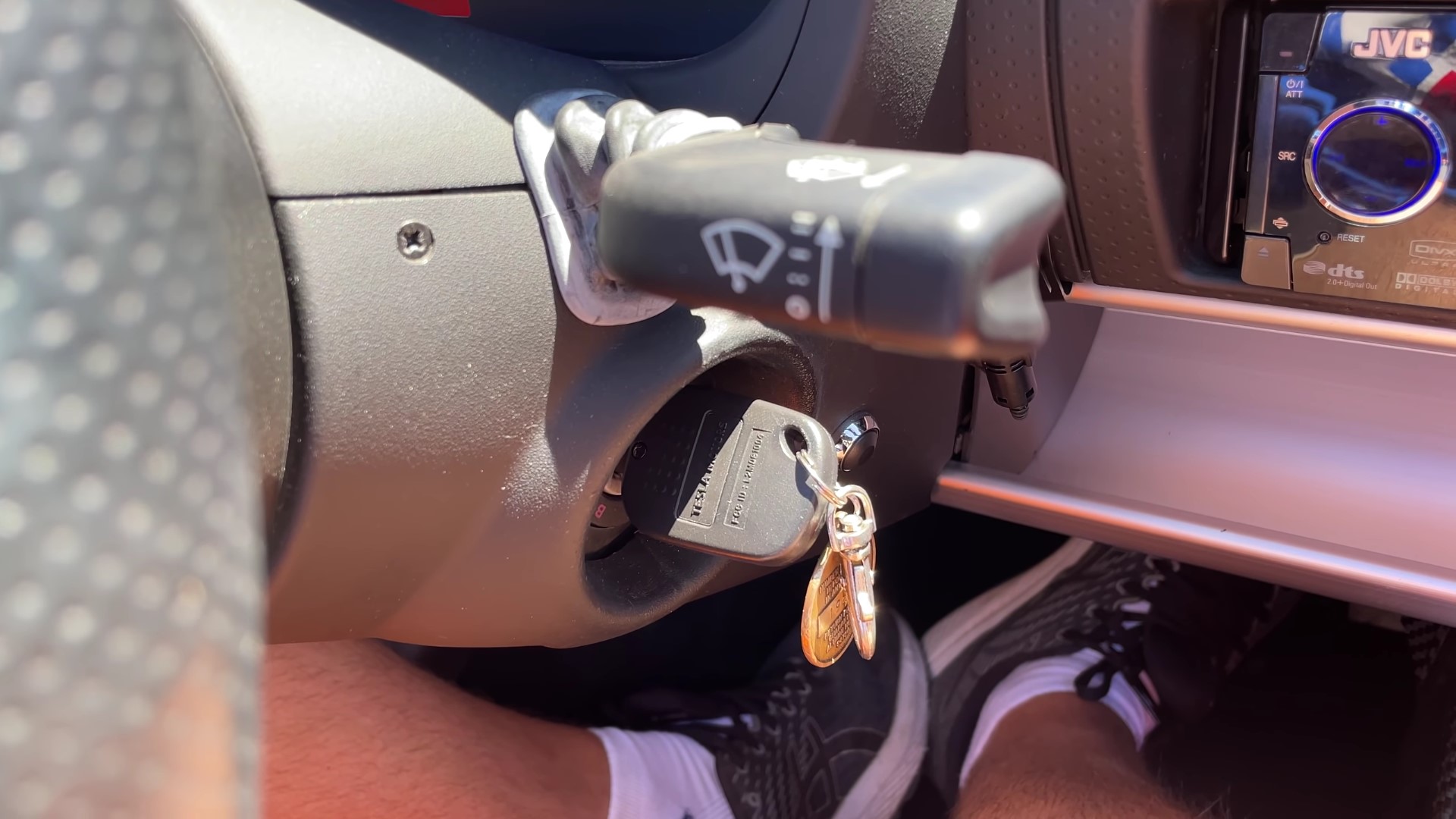 When it was unleashed on the world in 2008, the Tesla Roadster was a pretty neat car. There was no way to know, though, how much of a cultural force the company that created it would become. Not even, it seems, for Tesla.

The overwhelming realization that comes from watching Doug DeMuro run through all of the Roadster‘s (ahem) quirks and features is that it was still really pandering to a customer base that was primarily familiar with internal combustion engines.

That, of course, makes sense given the state of the automotive landscape at the time. With the benefit of hindsight, though, it comes off as a lack of confidence.

The Roadster, for instance, had a key. Like, an actual piece of metal that you had to stick into an ignition and turn. I suppose that was more intuitive for the audience of the day, but it seems odd today when even gas-powered cars use a button.

Read Also: Tired Of Waiting For The New Tesla Roadster? Buy This 2011 Model Instead

More to the point, though, it had a tachometer. DeMuro supposes it’s because the company had, at one point, thought of adding another gear to the car like Porsche did with the Taycan. More of a hangover from that decision than a nod to the Lotus on which the Roadster was based, then. It’s still a thoroughly unusual thing to see in an EV, even (I have to assume) from the perspective of people in 2008.

And with a 0-60 mph time of 3.9 seconds (not as impressive but still quite spritely by today’s standards) and a chassis from Lotus, you can see the Tesla performance that would come to define the brand.

Taking a look back at the Roadster, then, is like looking back at a video of a pop star before they became famous. Some of the showmanship and stagecraft is missing, but the talent that made them famous is clear to see.

What kind of car is the 2022 Subaru Legacy? What does it compare to?

The 2022 Subaru Legacy sedan may give up the foot traffic to the popular Outback wagon across the showroom floor, but it shouldn’t be overlooked. It’s an excellent value, one stacked with features such as standard all-wheel drive, and it’s as composed as an overture on the road. It’s the car version of Midwestern nice—appropriate, since it’s made in Indiana.

The 2022 Legacy earns a TCC Rating of 7.2 out of 10. With a glint of personality in its shape, it would top our family-sedan scoring. (Read more about how we rate cars.)

Other than a few minor features changed or added, nothing. The Legacy still slips through the air with sober lines and a polished cabin, and with standard all-wheel drive and an available 11.6-inch touchscreen as its trump cards over rivals.

Base Legacy sedans have 182 hp on tap through a flat-4 engine. Subaru teams that middling output to a CVT and standard all-wheel drive, but the Legacy perks up from a stop thanks to a lively throttle and simulated gears with paddle shifting. A 260-hp turbo-4 zips to 60 in about six seconds, but it’s pricey. Stick with base versions for a calm ride coupled with an unflappable driving feel; the Legacy wants for stickier tires more than it wants for power.

With space for five adults and 15.1 cubic feet of trunk space, the 2022 Legacy can handle nearly any family-sedan chore without complaint. Cloth seats with power adjustment hit a sweet spot, but the high-dollar Touring XT’s cooled nappa leather seats deliver hours of interstate comfort, too.

How much does the 2022 Subaru Legacy cost?

At least $23,955 for the base Legacy—but that’s all you really need to spend since it comes with active safety gear and smartphone compatibility. We’d pay $26,205 for the Legacy Premium’s 11.6-inch touchscreen and add on blind-spot monitors, but we’d pass on the $37,155 Legacy Touring XT’s turbo engine, cooled leather front seats, and forward-facing camera.

Where is the 2022 Subaru Legacy made?

In Lafayette, Indiana—also home to the Outback wagon (and Purdue University and Axl Rose, make of that what you will).

The Lexus RC F Track Edition Looks Good, But Is It More Than Just A Pretty Face?


It has been a couple of years since Lexus first introduced the RC F Track Edition and the guys at Throttle House have now had their first chance to put the car through its paces.

Like the standard RC F, the Track Edition features a 5.0-liter naturally aspirated V8 that incorporates a revised intake routing and a lower trigger point for the secondary intake opening than previous iterations of this engine. As such, it pumps out 472 hp and 395 lb-ft (536 Nm) of torque and while that is less than forced-induction rivals like the BMW M4 and Mercedes-AMG C 63 S Coupe, the screaming V8 sounds much better.

Various weight-saving measures were made with the RC F Track Edition. For example, it features carbon fiber across the hood, roof, and rear wing and comes standard with a titanium exhaust and Brembo carbon ceramic brakes as well as 19-inch forged BBS wheels that reduce unsprung weight. All up, it weighs 80 kg (176 lbs) less than a standard model and the extra aero bits provide 58 lbs (26.3 kg) of additional downforce.

The reviewers were obviously very fond of the engine and found that until nine-tenths, the car is loads of fun to drive. However, for a Track Edition, it doesn’t handle as well as you would expect. It is also very difficult to drift and doesn’t feel at home on the edge of grip.