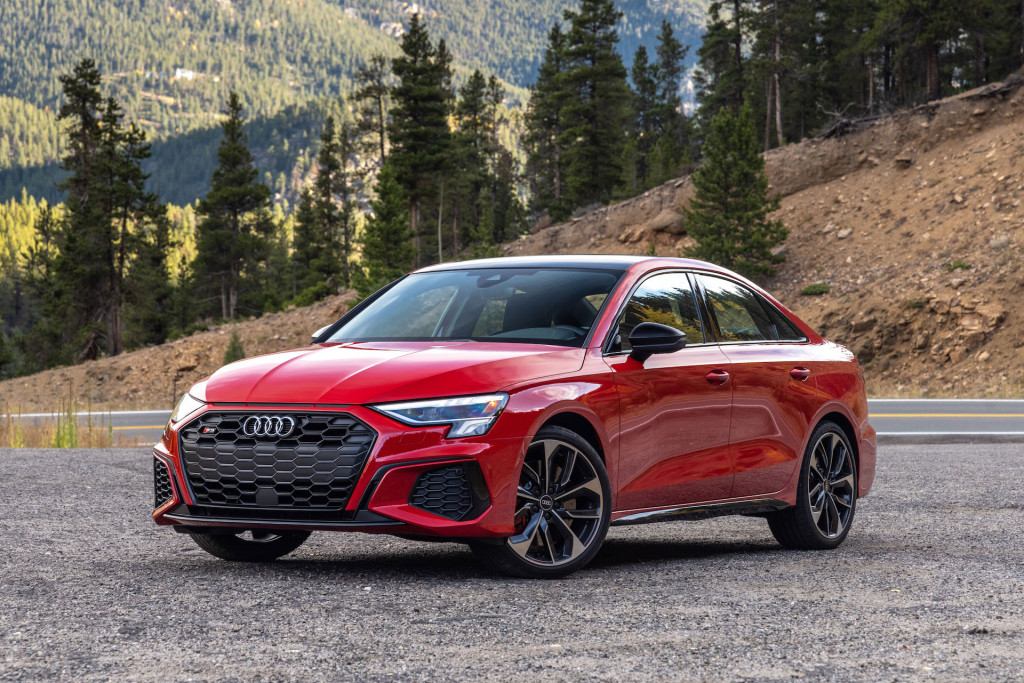 Honda this week revealed its redesigned 2022 Civic Si. The new sports compact comes exclusively in the Civic’s sedan body style, and combines 200 hp with a 6-speed manual. We also tested the latest version of the Civic hatchback this week.

Another vehicle we tested was the redesigned 2022 Audi A3, in both regular and sporty S3 guises. The latest A3 was revealed over a year ago but it is only now reaching the U.S.

Chevrolet doled out a bit more information on its 2023 Corvette Z06 ahead of the October 26 reveal. The latest info was confirmation of the car’s redline, made in a new teaser video. 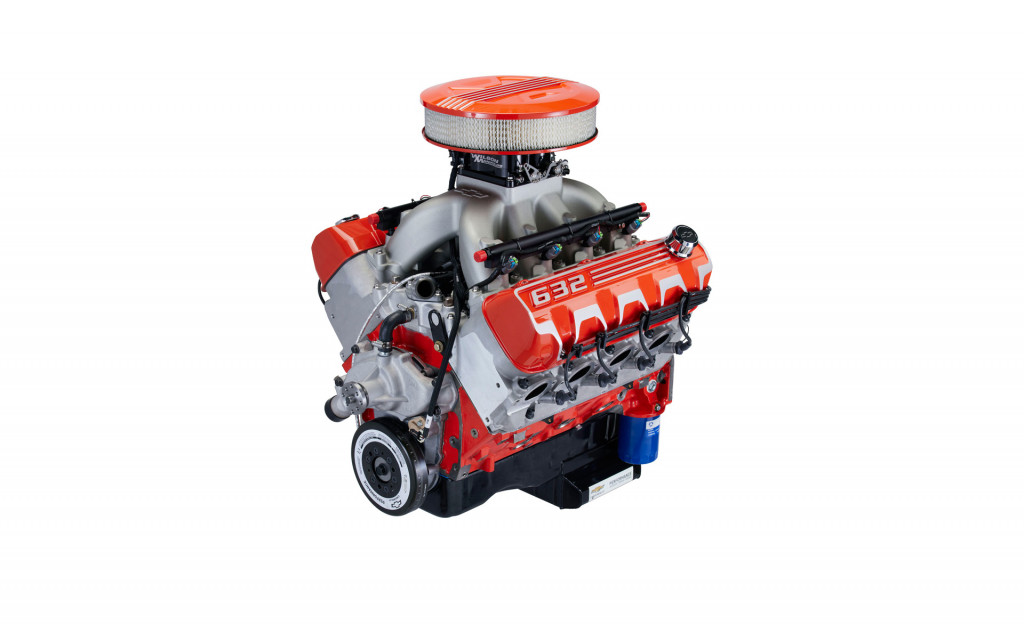 Chevy also made headlines this week with the reveal of its biggest, most powerful crate engine to date. Set to debut at next month’s SEMA show is this monster V-8 displacing a massive 10.35 liters and generating 1,004 hp. That’s without any forced induction or electrification, mind you. 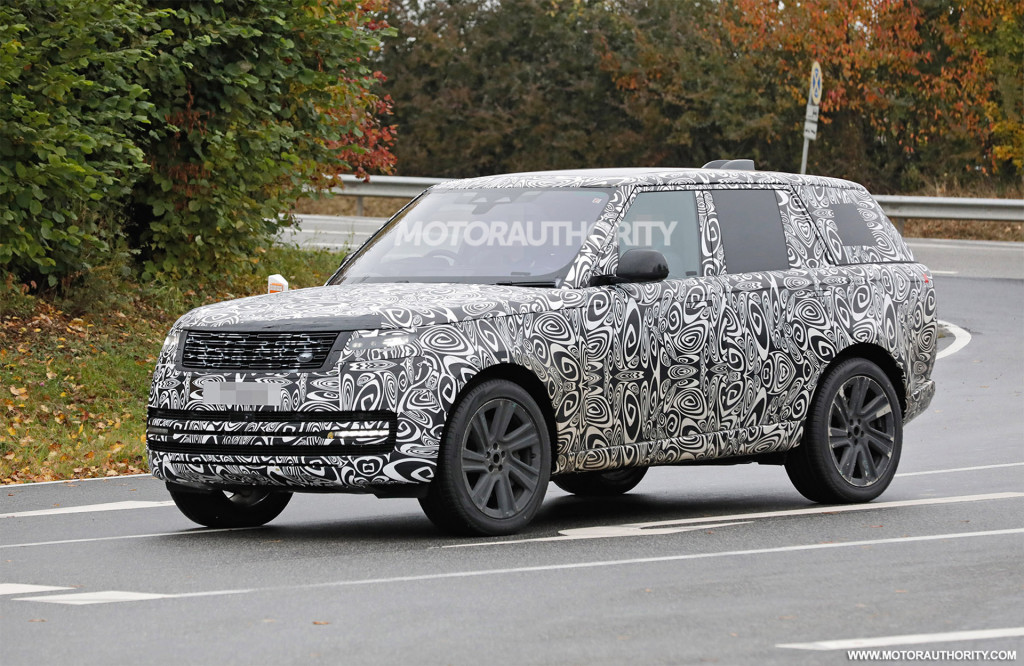 Land Rover is set to reveal a redesigned 2023 Range Rover next week and the latest prototypes have dropped a lot of the previous camouflage gear. The styling won’t change much but underneath will be a new platform that supports battery-electric powertrains. 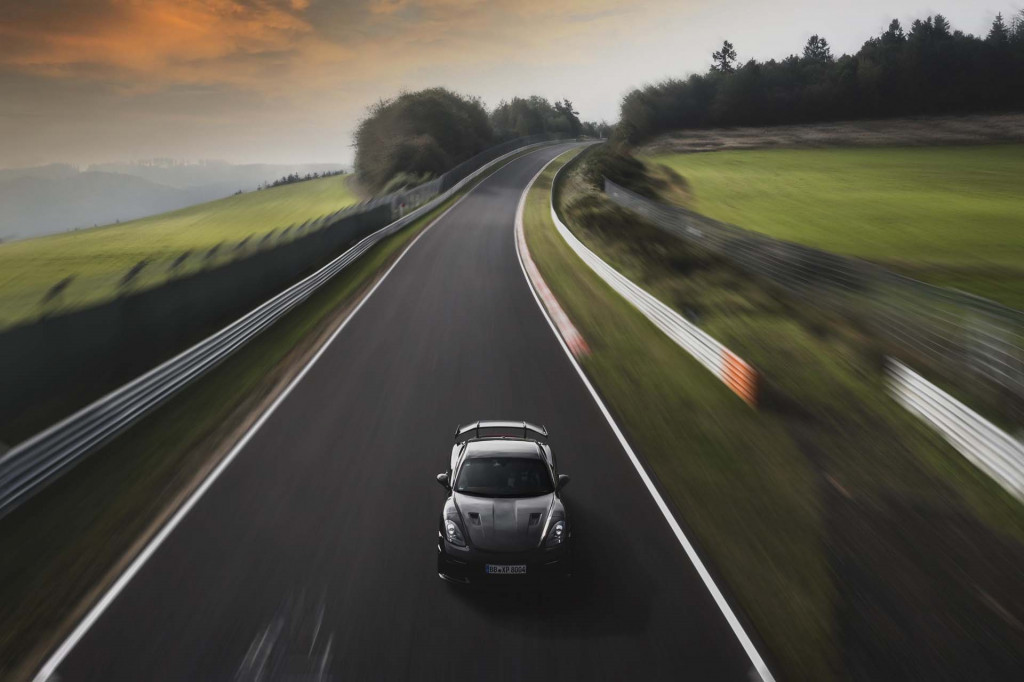 Another vehicle coming soon is the long-awaited Porsche 718 Cayman GT4 RS. The new mid-engine sports car is due next month, actually, and Porsche already has a video out showing the car lapping the Nürburgring in under 7:10.

GMC’s current Sierra 1500 has been on the market since the 2019 model year. It receives an update for 2022 and GMC has provided an early look this week. Key among the updates are revised styling, new in-car tech, and two additional upmarket grades. 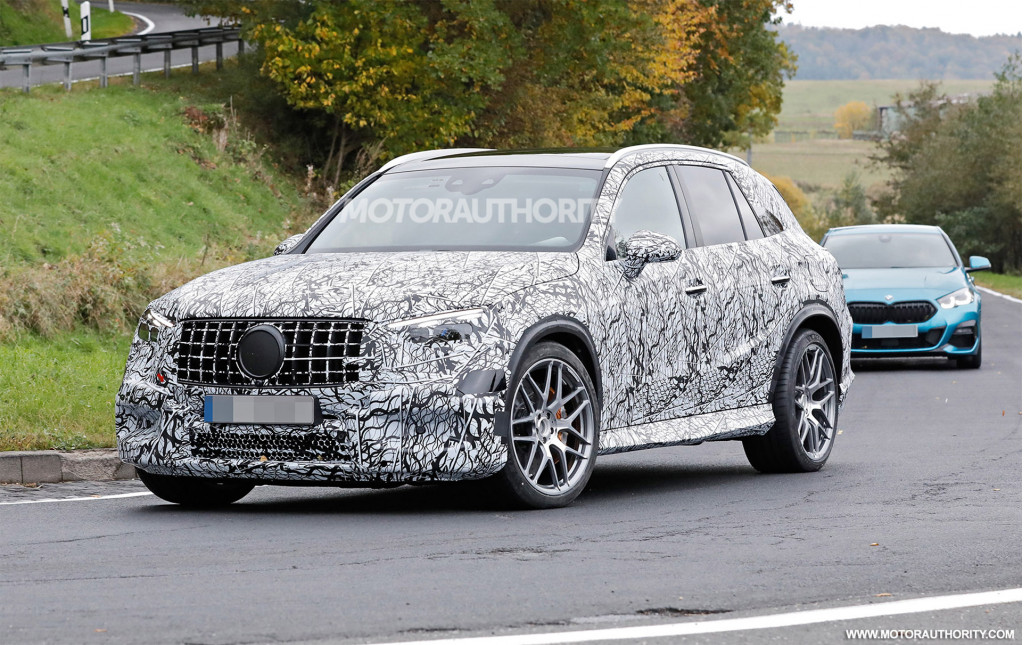 And finally, a redesigned Mercedes-Benz AMG GLC 63 was spotted this week. The next GLC 63 will downsize to a 4-cylinder but will offer even more power thanks to electrification.

We drove the 2022 Audi A3 and S3; Ford revealed a new Bronco Everglades is coming; and GMC introduced the 2022 Sierra 1500. It’s the Week in Reverse, right here at Motor Authority.

We drove the 2022 Audi A3 and S3 on Colorado mountain roads, which was the ideal setting for these smart, small sport sedans. Both cars feel tied down to the road, and while the S3 gets more power and better brakes, it’s still more of a canyon carver than a track machine.

GMC unveiled the 2022 Sierra 1500 with new high-end ATX4 and Denali Ultimate trims. The $80,000 Denali Ultimate comes loaded with all the equipment and features a luxurious interior with Mount Denali topographical maps etched into the dash and seats. The ATX4 improves upon the off-road ATX with spool-valve dampers and electronic locking front and rear differentials, plus plenty of luxury.

Porsche produced a video of the top five funny nicknames the company had for its cars. The nicknames exemplify the German sense of humor. Examples include “the kangaroo” for the Porsche 904-08 and its unpredictable handling, “Moby Dick” for the 845-hp 935/78 that featured a large rear wing, and “the Pink Pig” 917 race car that was painted pink with butchers marks because of its enlarged chassis.

Ford introduced a new Bronco variant. The 2022 Ford Bronco Everglades will come with a factory-installed winch and a snorkel to improve upon the Bronco’s already impressive 33.5 inches of fording depth. Look for it next year with pricing available closer to launch.

Nissan gave us a chance to drive a restored 1971 Datsun 240Z from its Tennessee museum. The car only had 151 hp, but at just 2,238 lb, it offered decent acceleration to go with plenty of road feel. We hope the forthcoming 2023 Nissan Z takes some of its cues from the endearing original. 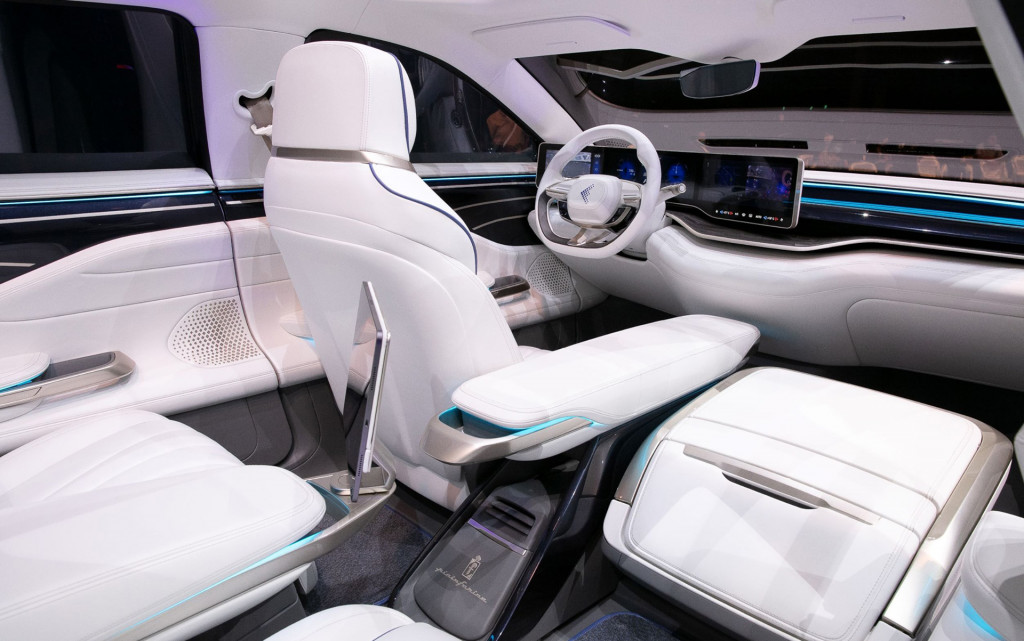 Foxconn, a Taiwanese contract manufacturer famous for building the iPhone for Apple, is planning to expand into the world of car manufacturing.

The company has already developed its own modular electric-vehicle platform, and is now in the process of inking deals to manufacture EVs for Fisker and Lordstown Motors at a plant in Ohio.

However, Foxconn also plans to build vehicles for its own EV brand Foxtron which was launched earlier this week in Taiwan with a trio of vehicles, a crossover, sedan and bus.

One of those vehicles, the Foxtron Model E sedan (yes, it’s doubtful Ford will approve of the name), was actually designed for Foxconn by Pininfarina which has released a video providing more detail on the design. The video also gives us a clear picture of the interior which combines classic luxury touches like wood and leather trim with new technologies like digital screens and even a facial recognition system for opening the doors.

While the Model E is being positioned as a luxury sedan, there’s still plenty of performance. The electric drive system is rated at 750 hp, or enough for 0-60 mph acceleration in 2.8 seconds, and the range is 400 miles, though Foxconn didn’t say what test cycle it uses.

The first of Foxconn’s vehicles to enter production will be a Foxtron Model T bus. It’s scheduled to enter production in 2022 and will initially be used by cities in Taiwan. Next will be a Foxtron Model C crossover due around 2023, and also to be sold in Taiwan, albeit by local automaker Yulon Motor Group which will sell it under one of its own brands. Foxconn hasn’t said when the Model E will enter production, though the company has hinted that this may be the first of its vehicles to be sold outside of Taiwan. The expected price for the Model E is less than $40,000.

A new American hero is preparing to emerge, and it sounds like it hails from Italy.

In September, General Motors released the first official image of the 2023 Chevrolet Corvette Z06 ahead of the car’s full reveal on October 26. The image reveals new body work with larger intakes for cooling the flat-plane crank V-8 that sits behind the cabin along with a new wheel design. Ahead of the reveal on Wednesday a final teaser video was released confirming the car’s 8,600 rpm redline.

In July, General Motors released a teaser video for the 2023 Chevrolet Corvette Z06 to announce the car’s October 26 debut.

The teaser video reveals the soundtrack of the new Z06’s powertrain as the car makes its way from the Nürburgring to Circuit de la Sarthe. Based on sound we hear in the video, the Z06 will indeed be powered by a flat-plane crank V-8 (like a Ferrari), and it sounds nothing like any street-legal Corvette in history.

The engine will likely be the 5.5-liter flat-plane crank V-8 that powers Chevy’s Corvette C8.R race car. In the C8.R, the engine produces 500 hp and 480 lb-ft of torque, but it’s limited by regulations. It’s mated to a 6-speed sequential transmission. Uncorked in the Z06 street car, expect the engine to produce around 625 hp and 485 lb-ft of torque. An 8-speed automatic or a dual-clutch automatic transmission will send power to the rear wheels, and a manual transmission will not be on the options sheet.

The redline is expected to be 9,000 rpm, which will make that sound even more intoxicating.

The Z06’s interior was teased in 2019 with a sketch featuring two big red buttons on the steering wheel marked “Spec Mode” and carbon fiber instead of leather on some surfaces.  The digital gauge cluster in the sketch also showed a racetrack layout, which could be a performance feature for use at various tracks.

Stay tuned for more news regarding the 2023 Chevrolet Corvette Z06 as we near the American supercar’s debut this fall. 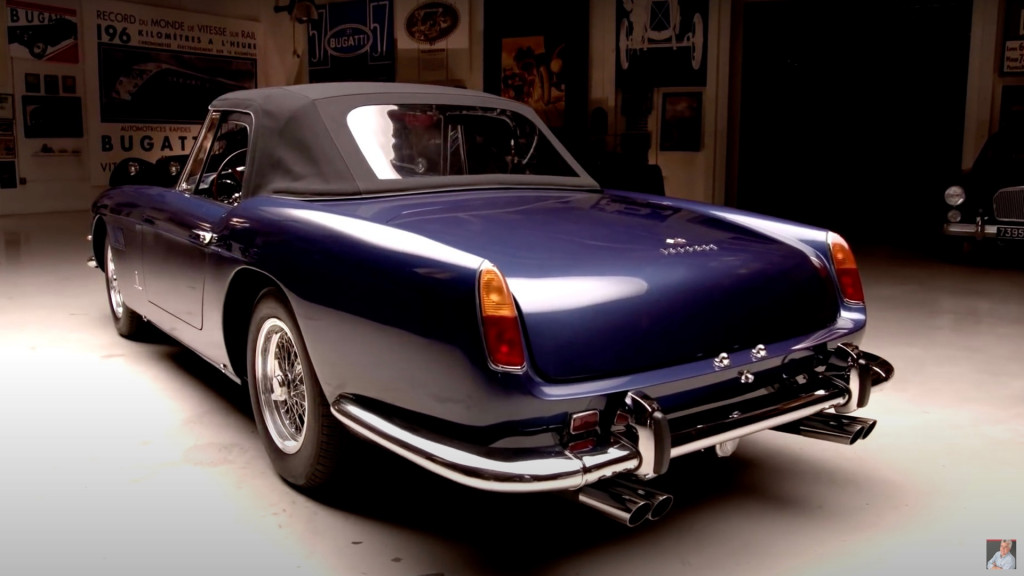 This 1960 Ferrari 250 PF Cabriolet is a rare artifact from what was arguably Maranello’s golden age. It was recently restored by Black Horse Motors of Los Angeles, and owner Carl Steuer brought it by Jay Leno’s Garage to show it off.

While mid-engine supercars are the most prestigious Ferraris today, the automaker was once known for front-engine V-12 sports cars like this one. Just 200 PF Cabriolets were built, although several other variants shared the “250” badging and aluminum-block Colombo V-12 engine.

Like today, Ferraris of the 1960s were aimed at wealthy buyers. Leno said this car cost about as much as his parents’ house when new. That didn’t buy special treatment though: Lamborghini and Monteverdi were both founded by dissatisfied Ferrari customers, Leno noted.

As Steuer explains in the video, the restoration process was grueling. The car was acquired from the widow of the previous owner, who had tried unsuccessfully to restore it, and was in terrible shape. Large amounts of rust had to be removed as part of a rebuild that took three years. The engine required significant work as well.

Prior to its restoration, the car showed about 87,000 miles on its odometer. That’s fairly high mileage for a classic Ferrari, in part because these cars have a reputation for fragility, Steuer said. However, when properly maintained and regularly exercised, they can handle higher mileage, he said.

This car is very rare today, as only about half of the original production run survives, according to Steuer. Still, both Steuer and Leno believe in regularly driving vintage cars regardless of their value.

Check out the full video to see these two car guys giving the car the exercise it deserves and to hear the song of that 3.0-liter Columbo V-12.

Apparently the world needs another Batman movie as a new one is coming, this time starring Robert Pattinson of “Twilight” fame as the Caped Crusader.

And naturally any new Batman production is going to need a new Batmobile. The film’s director Matt Reeves took to Twitter last year to give a sneak peek at the car, and a new trailer out shows what it will look like onscreen.

The Batmobile destined to star in the upcoming “The Batman” film looks to be a mid-engine machine with retro muscle car cues, connecting it in some ways to the Pursuit Special of “Mad Max” fame. And while the car was always going to be black, the red lighting is a clear nod to the original Batmobile, i.e. the remodeled Lincoln Futura concept car from the 1960s television show.

The latest Batmobile lacks the tank-like styling of many previous versions. Instead, it looks more like an old piece of American iron salvaged from a scrapyard and remade into a crime fighting vehicle by Bruce Wayne and trustful aid Alfred Pennyworth. This Batmobile doesn’t seem to have any fancy jet turbines or rockets, either. The photos show an exposed V-configuration piston engine sitting out back, and in the trailer it looks like there isn’t much in the way of an exhaust system. We doubt Batman has the time to concern himself with emissions testing.

The Batmobile won’t be Batman’s only ride in the upcoming film, by the way. Photos and video taken on location show a Batcycle as well. As with the Batmobile, the filmmakers seem to be going for a more realistic look. The bike looks like a modified production model, rather than something purpose built.

“The Batman” was originally scheduled for release in June though production has been delayed due to the Covid-19 coronavirus pandemic. It’s now due to reach theaters on March 4, 2022. The movie will also star Colin Farrell as The Penguin, Paul Dano as The Riddler, Zoe Kravitz as Catwoman, and Andy Serkis as Alfred.