Ferrari 488 GTB Ruined After Slamming Into A Bus In London 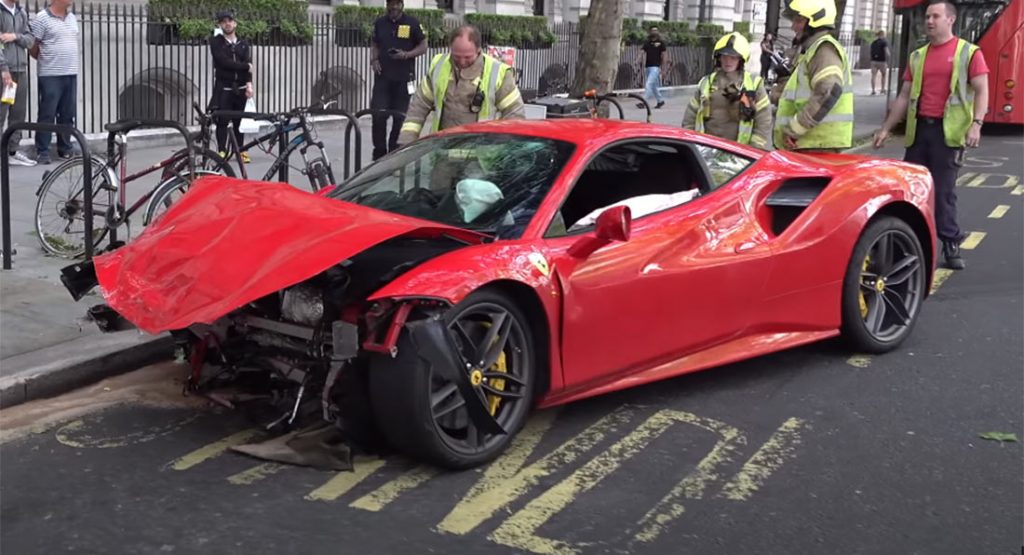 A Ferrari 488 GTB has been wrecked after colliding with a bus in London.

British media, including Sky News, report that local rapper Swarmz was somehow involved in the accident stating it’s not clear if he’s the owner or the driver behind the wheel of the 488 GTB at the time of the crash, although this remains unconfirmed. Regardless of who was behind the wheel, it is claimed that the Italian supercar T-boned one of the city’s double-decker buses in Westminster.

A spokeswoman for the Met Police confirmed to The Sun that no one was injured in the crash.

More: See A Wrecked Ferrari 488 Spider From Copart Get Rebuilt

“Police were called at approximately 13:50hrs on Sunday May 24 to reports of a damage-only collision on Northumberland Avenue, Westminster. No reports of injuries and no arrests.”

Video footage taken in the aftermath of the crash suggests the front of the 488 GTB plowed into the side of the bus. The supercar’s front fascia has been utterly destroyed and crumpled. All of the airbags appear to have been deployed and it’s quite obvious the car will be declared a complete write-off by the insurance company.

If there’s any good news, it’s that no damage appears to have been sustained to the rear of the supercar, meaning its 3.9-liter twin-turbocharged V8 engine could find its way into another car in the future.

As for the bus, a portion of its side was caved in as a result of the collision. Not only has this caused significant exterior damage but at least one row of seats inside appears to have been pushed out of place. It remains unclear if anyone was inside the bus at the time of the crash.