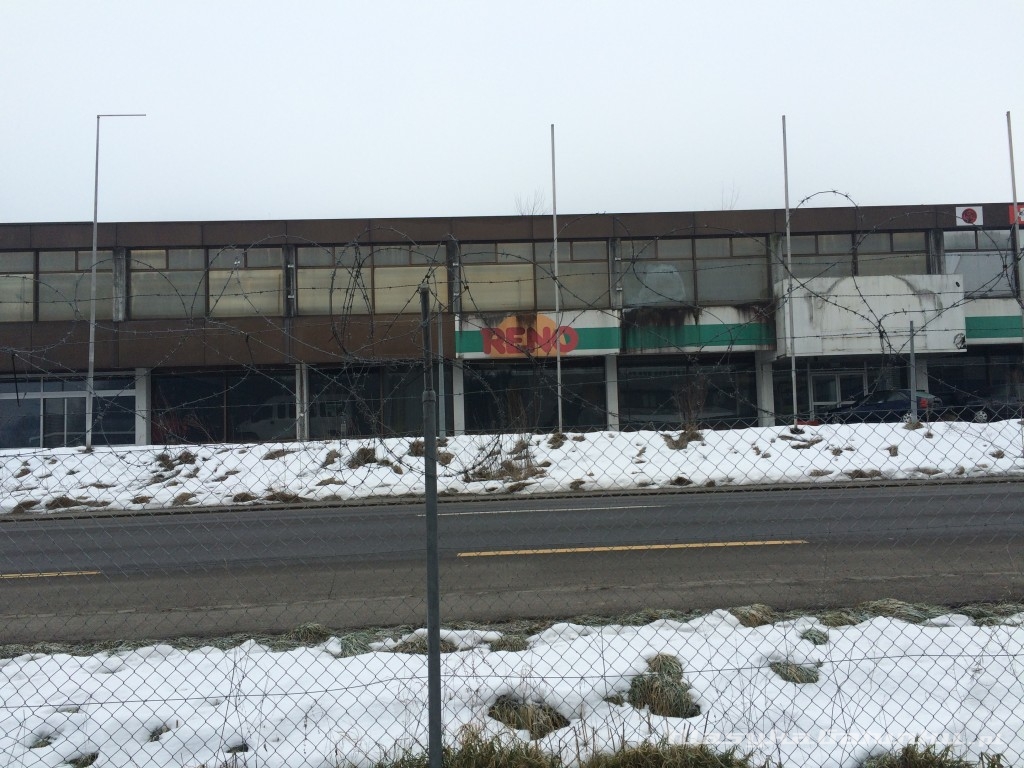 Over the years, we’ve shared numerous stories about barn finds and people storing new cars for years, sometimes even decades, but the (ultimately, sad) story of the late Heinz Macchi eclipses anything we’ve seen so far.

This all went down several years ago, but this is the first time we’ve heard about this story after stumbling on a listing for a very low mileage 1980s Mazda 626 earlier this week and which piqued our curiosity, leading us to investigate its origins.

Note: Back in 2014, I wrote about an abandoned dealership in Switzerland (see link below) that was discovered by a Reddit user, but we haven’t been able to confirm (yet) any connection with the Heinz dealer network

In 2014, when Heinz Macchi’s company was liquated, it was revealed that he had hoarded some 240 (mainly) family cars, out of which at least 110 were brand new and unregistered, spanning in production years from the mid-1970s to the early 1990s.

What makes this both extremely fascinating and bizarre is that the collection wasn’t comprised of any particular special or low production vehicles, but entirely of regular mainstream cars including various model years and editions of the Mazda 323 and 626, a few ho-hum Nissans and some vans, with the odd Saab 90 thrown into the mix. Perhaps we could understand the rational if the collection (or so to speak), included a variety of mainstream family cars from different brands and eras, but over 90% of the vehicles uncovered were Mazda 323s and 626s!

A successful businessman who went bankrupt

However, let’s rewind the clock a bit. In the 1960s, Macchi created “Auto Macchi” which in the following years became one of Switzerland’s largest dealer networks having secured the rights to import and represent several brands, including British-Leyland, Mazda, Saab and Nissan. Later on, he built an impressive 13,000 sq.m (about 140,000 square feet) facility called “Rontal Park AG” in Root, Switzerland, to run his business, with the basement including a kart track (!), a bar and even a bowling alley, while the two floors above housed several hundred cars. There was also an underground room secured by a concrete door, which served as a treasury and shelter.

It’s not clear why, but Macchi eventually started to compulsively hoard a large number of cars, mainly brand new and unregistered models from his regular inventory, storing them in the facility. This obsession ultimately lead to the collapse of his otherwise successful business. After Macchi died (we were told in “2013 or 2014”), the building and the 240 or so cars stocked inside were auctioned off.

What happened to the cars?

There’s not much information online about Auto Macchi’s mysterious story, but we spoke with the Polish dealer that ended up buying nearly half the inventory that was left to rot in the years that the business went belly up. Enter Michael Rozciecha who owns the classic and regular used car dealerships KlasykaGatunku and Gieldaklasykow respectively.

Rozciecha, who kindly shared his photographic material with us, told Carscoops that there were rumors about mental health issues and depression caused from the death of his wife and son, which allegedly led him to seclude inside the abandoned dealership for years.

“It’s a very sad story. He was a rich and successful person who had a good and thriving business but was left alone. He was sleeping in abandoned cars and burning company documents and car folders adverts to warm the building during the winter for the last four years of his life. From what we heard, he died in that dealership,” Rozciecha told CarScoops.

“Drowning in debt, he was deprived of livelihood and his obsession was to watch over the cars he collected. Local people helped him by shopping or inviting home for dinner. Many of the cars imported directly from the manufacturer have never found their owners. These cars were intentionally prepared for parking and collected on the first floor of the building,” said Rozciecha.

Following his death, a bankruptcy judge ordered Macchi’s estate, including, but not limited to, the building and approximately 240 cars stored in the facility, to be auctioned off in 2014.

The Polish dealer who brought nearly 100 of those cars

Here’s where Rozciecha comes into the picture as he managed to buy several dozen new cars with delivery mileage from the auction.

“We bought 86 Mazda and three Nissan cars, out of a total of around 240 available vehicles on the premises,” Rozciecha told Carscoops.” “But not all of them were new as there were also normally used cars with 200,000 km (120,000 miles) on them. I counted 86 new Mazdas, 2 new Nissans, while a dozen or so Mazdas outside the building were new but trashed and partially dismantled. So according to my calculations, around 100 to 110 vehicles made between 1975 and 1995 were new”.

The Polish car dealer said that the “cars were without batteries and fuel” but “all of them started fine after some small maintenance” – you gotta love Japanese reliability. According to Rozciecha, he paid an average of 1,000-2000 CHF, which is somewhere between $1,000 and $2,050 or €950-€1,900 at current exchange rates, but keep in mind this all went down in 2014 and 2015, so it’s not an accurate amount.

You can buy one of Heinz Macchi’s Mazdas today 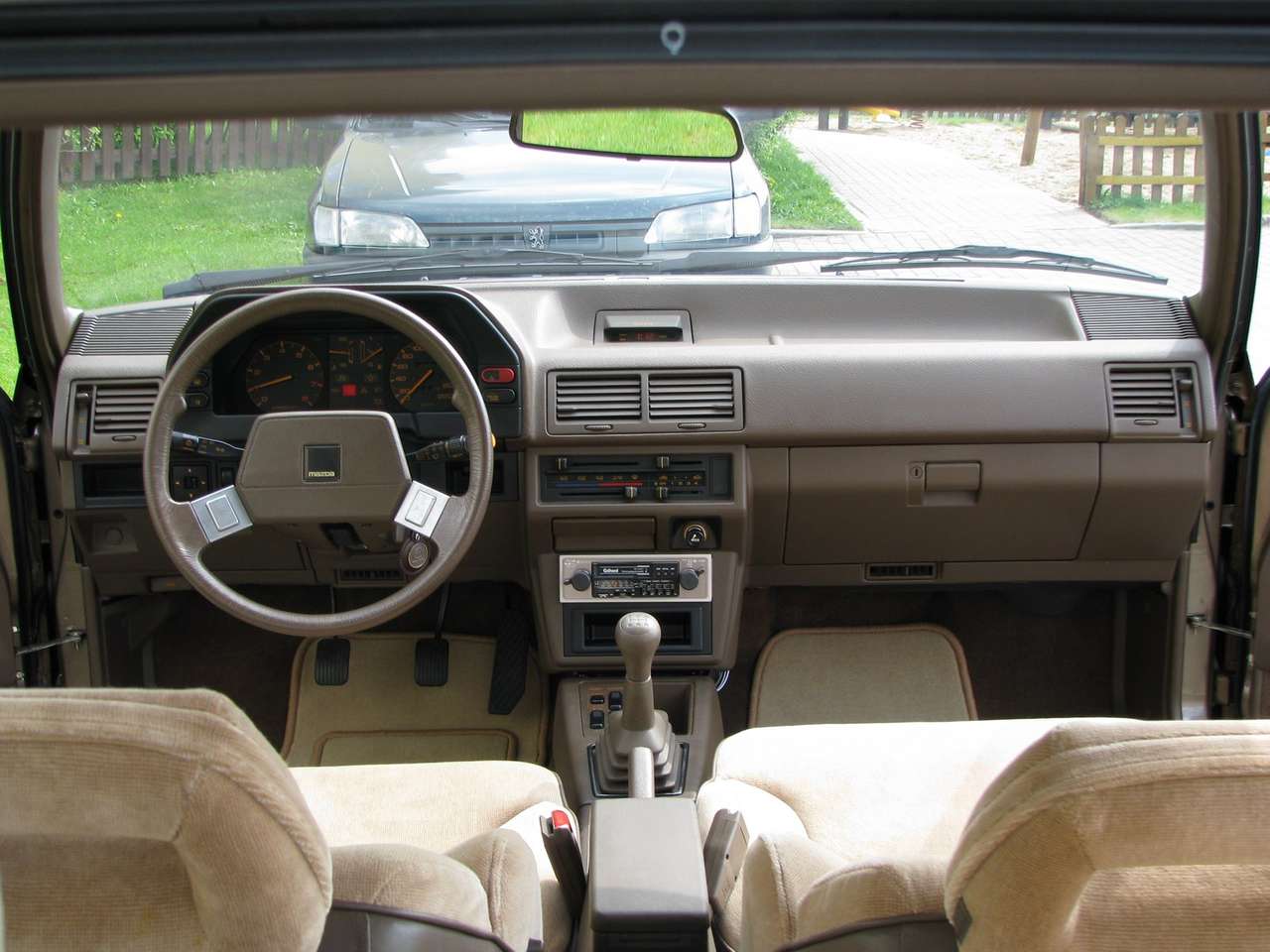 So there you have it. We’ll see if we can uncover more details about this story and add new information in the following days, but if you happen to know anything, go ahead and give us the tip.

Meanwhile, head below and take a gander at a wealth of pictures kindly provided by Michael Rozciecha. It’s literally like taking a trip back in time, when some of us were glossing over new cars in the near forgotten now era of magazines – you can almost taste the smell of paper just by looking at those pristine interiors.

All photos copyrighted and provided by Michael Rozciecha. You can check out his dealership webpages at Gieldaklasykow and Klasykagatunku