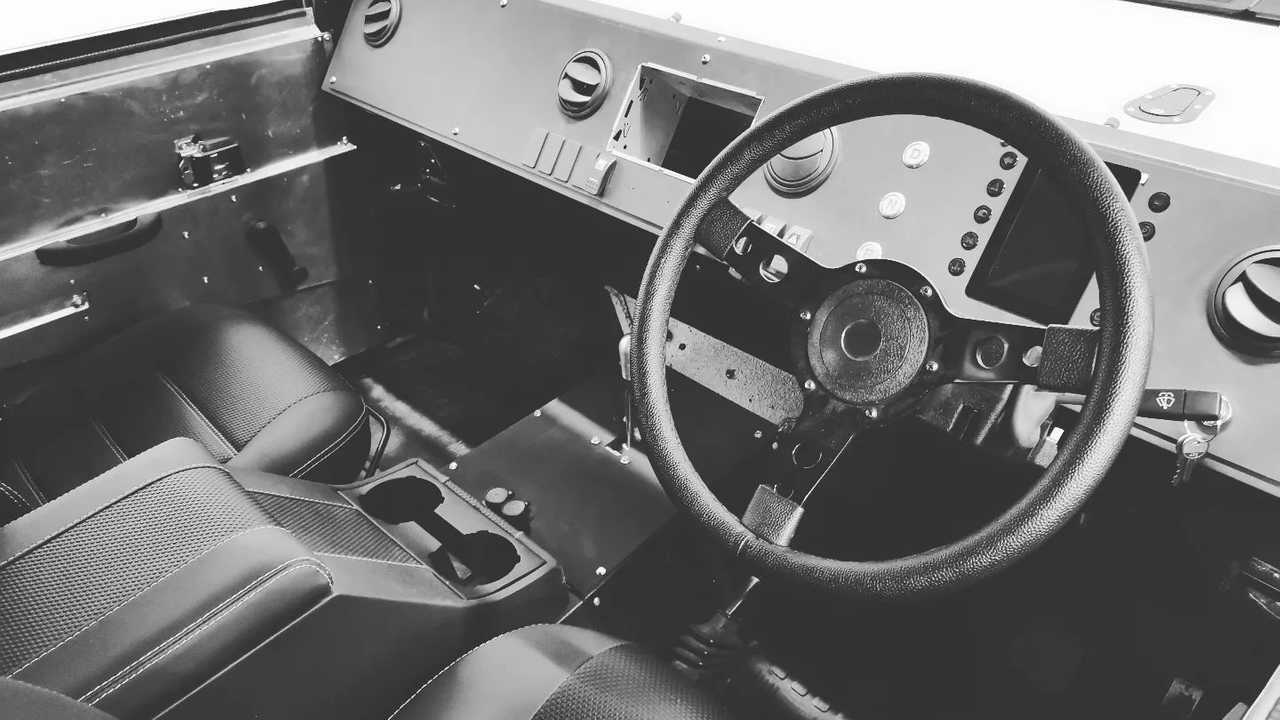 Munro Vehicles is an automotive startup founded in 2019 in Glasgow, Scotland and its first offering, the Munro Mark 1, is a rugged electric off-roader designed to carry people and equipment over difficult terrain.

The plan was to make a vehicle that is interesting for industrial operations like gold mining, forestry or even just farmers and half of first year production run is already spoken for and going to the US where it already has a distribution deal in place.

The Munro Mark 1 has a single 371 horsepower / 516 pound-foot (700Nm) electric motor that sends power to all four wheels through Land Rover Defender solid axles. The vehicle is largely based on an off-road kit car called the Ibex and what Munro Vehicles has done is reengineer that vehicle to accommodate its own electric powertrain.

Battery capacity is 80.1 kWh and they say it is capable of achieving 168 miles (270 km) on one charge (on-road) and that it will have fast charging. The vehicle’s interior is very basic, although it does get selectable high and low ranges courtesy of its conventional driveline. It can wade through up to 3 feet of water, which is about as much as a Rivian.

The United States will be one of the main markets, according to Munro CEO Russ Peterson who spoke to Autocar. He said

North America is a key growth market for Munro and we’re pleased to be able to partner with Wyre to realise our ambitions ahead of our original timeline.

We’re dedicating half of our 2023 production to left-hand-drive vehicles developed specifically for the US market, which Wyre will deliver to customers throughout the year.

It will be interesting to see if there will really be a market for this vehicle, especially with the high asking price, given that an electric pickup truck (of which there will be a few by 2025 in the US) will tackle all but the toughest terrains. The remarkably capable Rivian R1S or R1T will be available from around $70,000 when their cheaper dual-motor powertrains become available.

The Munro EV will also be going up against the vehicles from the Scout brand resurrected by Volkswagen, since it too wants its vehicles to be very capable off-road and it’s specifically designing these vehicles for the US market. 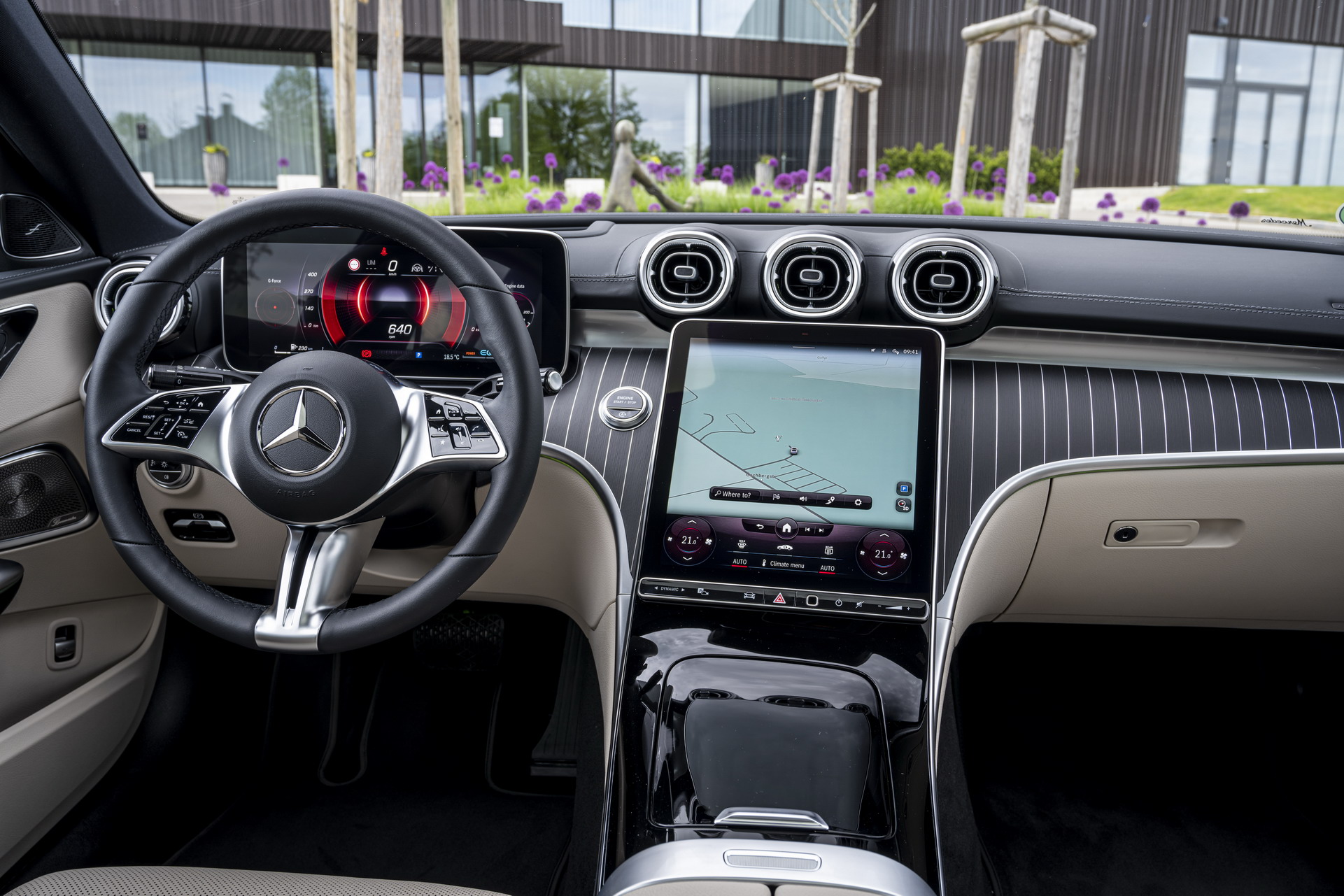 A lot has changed since Mercedes’ C-Class debuted nearly three decades ago and the 2022 model year proves that. No longer is this smallish sedan the base model in its brand’s lineup. Now, it’s aimed upmarket with more of a ‘baby S-Class‘ attitude than ever before. We’re driving one for a week. What do you want to know about it?

The 2022 Mercedes-Benz C-Class is all new. What that means on paper is a mixed bag though. It’s longer and has more space inside. It’s also a lot more tech-forward than the car it replaces. Enthusiasts won’t love that the only available engine across all trims is the four-cylinder that used to serve as the base mill last year.

In the U.S., save for the upcoming 2023 AMG C43 and C63, the 2.0-liter unit makes 255 horsepower (190 kW) and 295 pound-feet (400 Nm) of torque. It does so through a mild-hybrid system that can add up to 20 horsepower for short bursts when needed. It’s connected to a nine-speed automatic transmission and either rear or all-wheel drive.

Read: Everything You Need To Know About The New 2022 Mercedes-Benz C-Class

Three trim levels are available including Premium, Exclusive, and Pinnacle. Ours is the last of those three and it represents the top of the C-Class ladder for now. Mercedes’ 4Matic AWD system is also equipped on our test car along with Pirelli summer tires, a panoramic sunroof, and a park-assist system. That combination of features should be interesting to test to the full.

In addition, it’s restyled both inside and out with what the automaker calls a ‘cab-backward’ design that might offer more rear seat room. It also has a new dashboard design and a huge tablet-style infotainment system with an updated MBUX user interface. In the past, it was a bit clunky. Will this one be the same? We’ll let you know.

The one package we don’t have is the AMG Line. It adds a sport suspension, performance brakes, and visual changes though so we doubt it’ll make much of a difference in the outcome. While we’re testing we’d love to hear what you want to know about it though. What do you want to know about the 2022 Mercedes-Benz C300 4Matic? Let us know in the comments below! 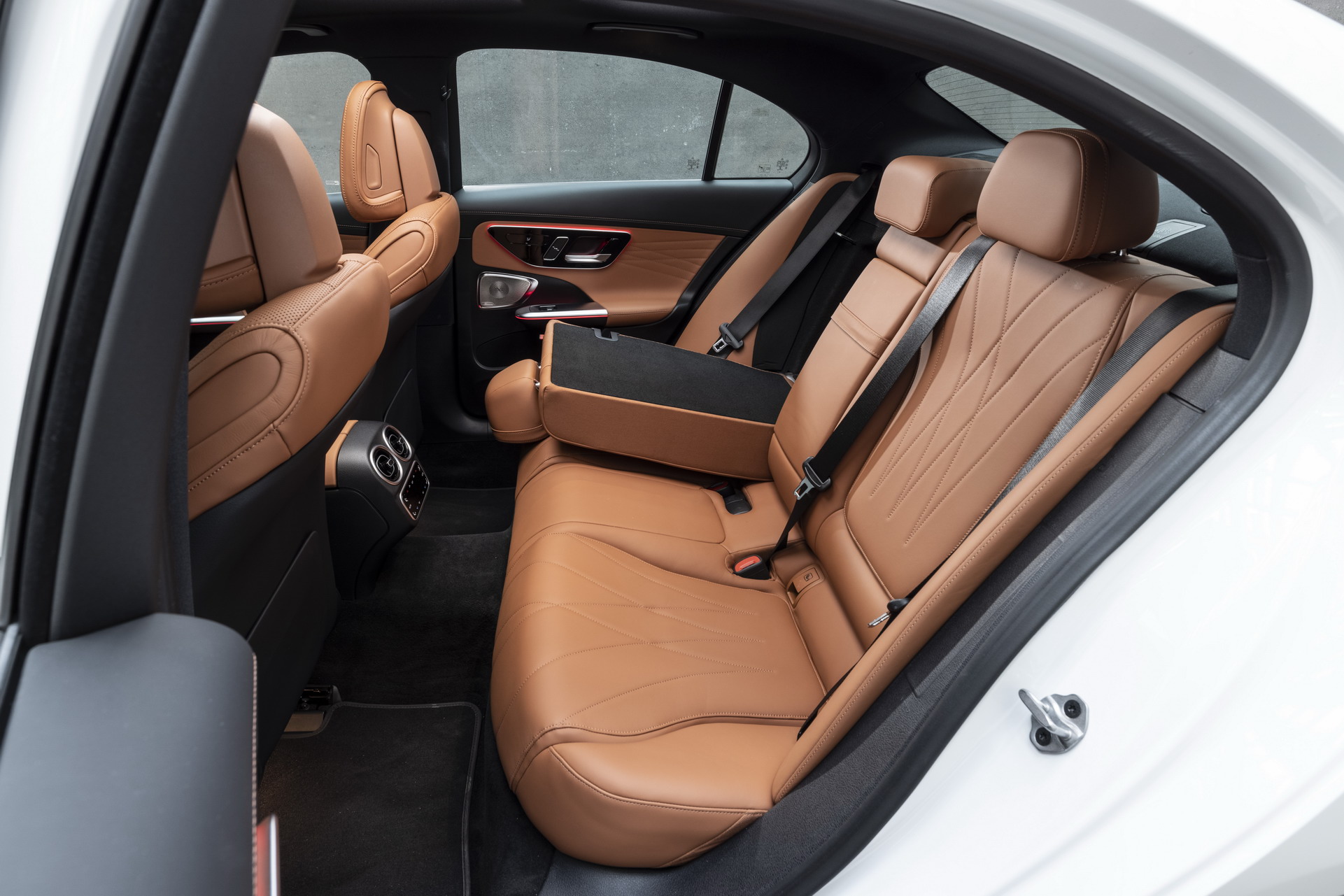 Rivian has a new feature on the way that’s sure to be handy the next time you’re camping or perhaps using the vehicle at a worksite.

It’s called Camp Mode, and it will be available in the next over-the-air update for Rivian’s R1T and R1S electric pickup truck and SUV. Rivian CEO RJ Scaringe took to Twitter over the weekend to give a preview of just what Camp Mode entails.

Had help beta testing Camp Mode. Can’t wait for you to try it! Rolling out very soon in next OTA update… pic.twitter.com/JNoOAjWupr

The highlight is the ability to have the vehicle’s suspension automatically level itself if parked on a slope. For anyone who likes to sleep in their vehicle, it means no more nights where it feels like you’re sleeping on the side of the hill. Someone using the vehicle for work can also ensure that everything will be plumb; the vehicle can be evened out to level a cooking surface, something you can also do with Rivian’s available slide-out kitchen.

The mode also adjusts ambient settings like the noise level and switches off the displays, for example, if you want a quiet and dark atmosphere to sleep at night. And there’s the ability to dial down how much energy the vehicle is using while stationary, helping to preserve the battery, something Scaringe referred to as the “vehicle going into a deep sleep.” There’s also the ability to control exterior lights in case you want to light up certain parts of a campsite.

Rivian’s vehicles have already impressed us so much so that we awarded the R1T our Motor Authority Best Car To Buy 2022 award. However, the company continues to improve the vehicles with features like Camp Mode. In June it also added a Pet Comfort feature that allows drivers to control the interior climate while away so that a pet left behind for short stays will remain comfortable.

Following a price increase earlier in the year, Rivian’s R1T and R1S now start from $73,000 and $78,000 respectively. Those prices net a dual-motor all-wheel-drive system and standard battery good for about 260 miles of range.

BMW AG has started producing the fuel-cell systems for its hydrogen-powered iX5 crossover, moving forward with a climate-friendly alternative fuel that its German rivals don’t expect to be viable in passenger cars.

“Hydrogen will become more relevant in individual mobility due to its advantages,” Chief Executive Officer Oliver Zipse said Wednesday at an opening event for the production site in Munich. “Hydrogen-powered cars are the ideal technology for us to complement pure battery-electric vehicles.”

Zipse said hydrogen fuel cells could provide a climate-friendly option for a significant segment of consumers – 20 percent to 30 percent, he estimated — who won’t be well enough served by the charging infrastructure to use a fully electric vehicle. He referred primarily to drivers making longer journeys across rural areas.

The CEO added that the fuel cells would help reduce dependencies on certain raw materials, such as lithium and cobalt, because the hydrogen-based system uses primarily aluminum, steel and platinum — metals that are more readily recyclable. At the same time, the back-up battery for a fuel-cell system is roughly one-tenth the size of those used in EVs with a comparable range.

BMW plans to produce fewer than 100 iX5 hydrogen vehicles by the end of this year for testing and is “seriously considering” the possibility of mass producing fuel-cell cars within this decade. Toyota Motor Corp. will provide the fuel cells, while BMW has developed some components, such as compressors, and will produce the fuel-cell systems in Bavaria.

BMW will start delivering iX5 hydrogen vehicles to selected partners in Europe, the US and Asia from the end of this year, the company said. The aim of the field test, which will last for up to two years, is to gain insights into using the cars every day.

Zipse said in early August that hydrogen-powered models might be an option for BMW’s new “Neue Klasse” platform starting in 2025. By then and until 2030, the charging infrastructure for electric vehicles will be insufficient in many countries, making hydrogen-powered vehicles important for achieving climate goals, he said at the event.