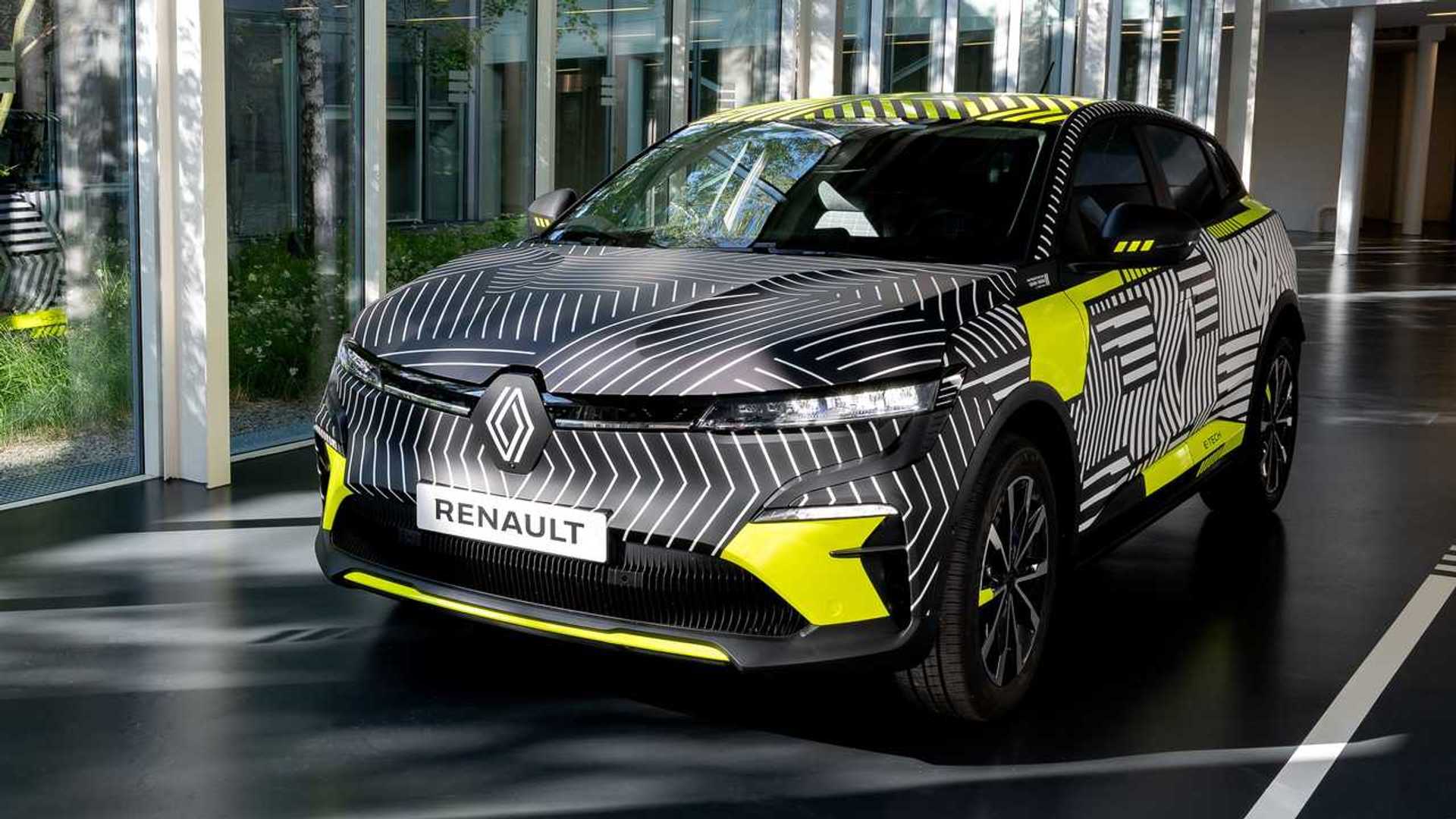 Renault unveiled the Megane eVision concept last year in October and now it has shown the production vehicle it inspired, the fully-electric Megane E-Tech (in pre-production form). This EV will be built on the same CMF-EV platform as the Nissan Ariya, although it doesn’t have as much range or performance.

Unlike the Ariya, which has an 87 kWh battery, the Megane E-Tech as a smaller 60 kWh pack. This gives it a claimed WLTP range of 450 km (280 miles), it has an 11 kW on-board charger and it can be fast-charged at up to 130 kW. The electric Megane is also down on power compared to the Nissan’s 302 horsepower combined output from its two electric motors, with a single 214 horsepower motor driving the front wheels.

Renault may offer a similar dual-motor all-wheel drive powertrain in the Megane and there may also be additional battery pack options, but nothing has been officially mentioned so far.

In regard to its design, it does mostly stay true to the eVision concept, but it is somewhat toned down. Gone is the study’s full-width front LED daytime running light bar that kept going uninterrupted all the way down the bumper; Renault has instead opted to break it up with the big logo in the middle, as well as some rather uninspired plastic bits that connect the upper part of the light clusters with the lower DRLs.

This may change for the final production model, or you may be able to pay extra to have a more similar look to the concept’s. From the side, the creases running along the body don’t seem as deep and the wheels seem rather small for such a tall vehicle, front door handles sit flush with the doors, while rear handles are hidden in the C-pillar. The rear is quite subdued (similar in style to the Espace’s), but it’s clean and uncluttered, just like the rest of the exterior.

Renault is only giving us glimpses of the interior. The manufacturer previously teased the interior by showing one photo showing the center console with its screen, some of the controls and the passenger’s side dashboard, and another that shows the center display’s upper corner, as well as part of the digital gauge cluster.

We expect the manufacturer to release a full, detailed gallery later this year and the MeganE to go on sale before the middle of 2022. Renault says it has already assembled the first 30 prototypes that it will use for testing purposes.

This article was originally published by Insideevs.com. Read the original article here.