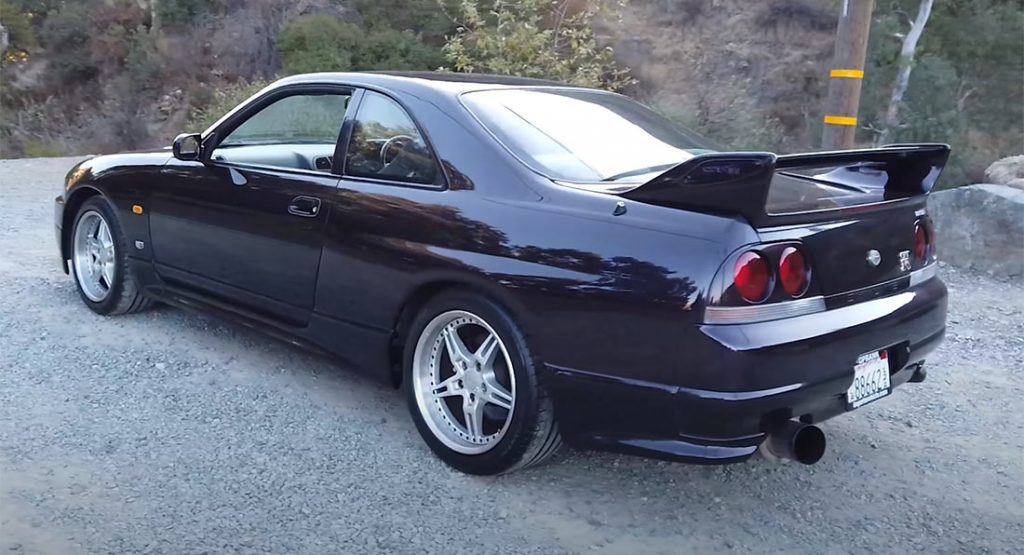 Nissan Skyline GT-Rs from the R32, R33 and R34 generations are true Japanese icons and are becoming hugely desirable among enthusiasts throughout the United States. Matt Farah recently had the opportunity to test an R33 model.

This Skyline GT-R is owned by none other than Rutledge Wood, one of the former hosts of Top Gear in the U.S. Evidently, he is a fan of the car’s looks as this Skyline, which has 83,000 km (51,600 miles) on the clock, has been left largely stock.

With that being said, it does feature some upgrades. For example, there are aftermarket coilovers, a custom MagnaFlow exhaust with an offset resonator, and a set of Continental ExtremeContact Sport tires on a set of period-correct wheels. Buying an R33 GT-R like this in the U.S. will set you back about $50,000.

Powering the R33 GT-R is the same basic twin-turbocharged 2.6-liter RB26DETT inline-six engine that also powered R32 and R34 models. As part of a ‘Gentlemen’s Agreement’ between Japanese car manufacturers at the time, the car left the factory with a claimed 276 hp, but in reality, it is closer to 325 hp.

Farah himself has owned an R32-generation GT-R and is clearly a fan of how the R33 handles, saying that it feels pretty light on its feet despite being 5 inches longer than the R32 as well as a touch heavier.