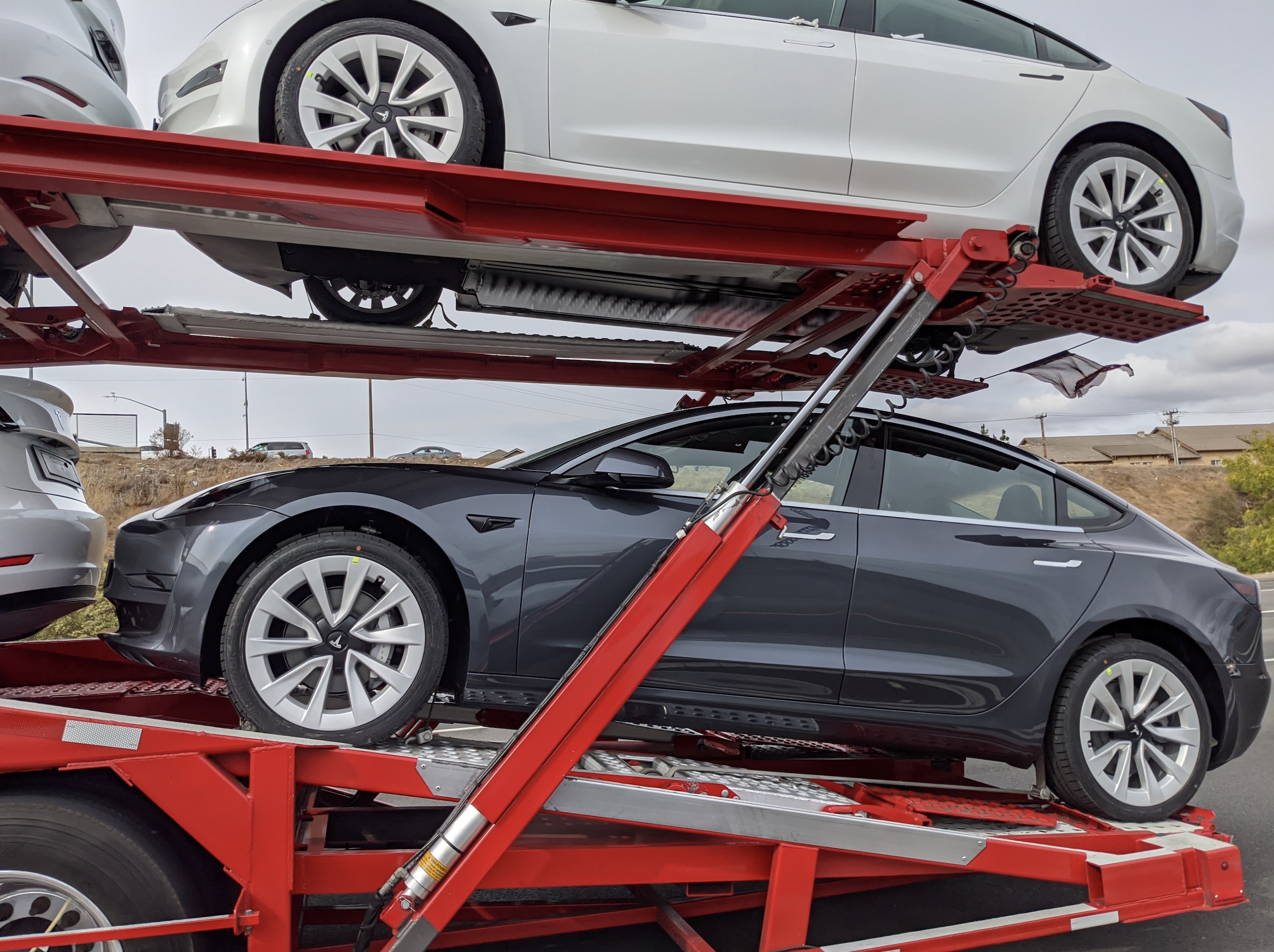 Tesla has released a new Model 3 wheel design as part of its 2021 refresh and the vehicles are starting to ship.

Over the last few days, we have been reporting on Tesla currently updating the Model 3 with a significant refresh that includes several new features.

The rollout is kind of strange since the automaker has yet to confirm any of the new features despite starting to ship out the new vehicle from Fremont factory.

Now new Model 3 cars were spotted being shipped out of Fremont factory with new wheels.

An Electrek reader spotted truckloads of new 2021 Model 3 vehicles near Tesla’s Fremont factory and we can see that they are equipped with a brand new wheel design never seen on a Model 3 until now:

The new design is similar to Tesla’s 19’’ Sport Wheels for Model 3 with some slight differences.

While the spokes are similar, the new design feature a larger rim that meets the spoke flat (Sports wheel on the left and new design on the right):

The new design leaves a lot less open space in the wheel and therefore, it should be a lot more aerodynamic, which helps efficiency.

This is just one of several new changes to the 2021 Tesla Model 3 that we were able to visually confirm over the last few days.

We think that there is a lot more under the hood so to speak. Stay tune for more information.

It’s kind of strange that Tesla is not announcing those changes even though they are actually shipping those cars.

It looks like these particular Model 3s are going to an international market.

Unless Tesla has actually warned buyers or changed the configurator for that specific market, it’s strange that Tesla would deliver vehicles with wheels that weren’t actually ordered.

I guess they assume that the customers won’t mind with all the other changes and upgrades to the car?

Maybe those could also just be inventory vehicles to be released after the changes are officially announced?

What do you think? Let us know in the comment section below.