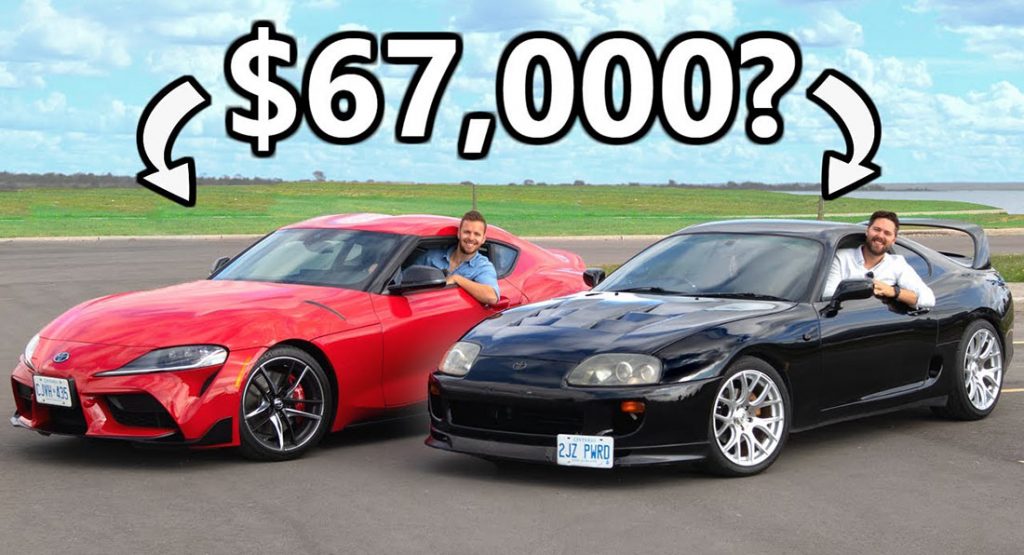 If you lived in Canada and had approximately CA$67,000 to spend on a Japanese sports car, would you buy a 2021 Toyota Supra or a classic MKIV Supra from 1994? To see which is the better value-for-money proposition, Throttle House put them together for a comparison test.

Not that long ago, the most famous of all Supra generations could be purchased for relatively little money. However, like so many other Japanese sports cars from the 1990s, prices for A80 Supra have skyrocketed in recent years and the car has become unattainable for many young enthusiasts.

However, if you have the money and can source a well-kept example with the hugely desirable twin-turbocharged 2JZ-GTE engine, then you get a fantastic car.

Watch Also: Is The Toyota 86 Worth Buying With The New Supra 2.0 Now On Sale?

During this review, Throttle House notes that the Supra continues to handle well despite its age, even though the steering feels rather numb. The engine remains a gem to this day and is a joy to rev. In fact, the reviewer notes that he likes the 2JZ-GTE engine more than the equally-as-acclaimed RB26 of the Nissan Skyline R34 GT-R.

The interior of the A80 Supra is also a highlight. That’s because it’s driver-focused, with the instrument cluster and dashboard all curved around the driver, and at the same time offers good visibility.

Clearly, the old car has a lot going for it. However, does that mean it is better to drive than the new one? Watch the following video to find out.