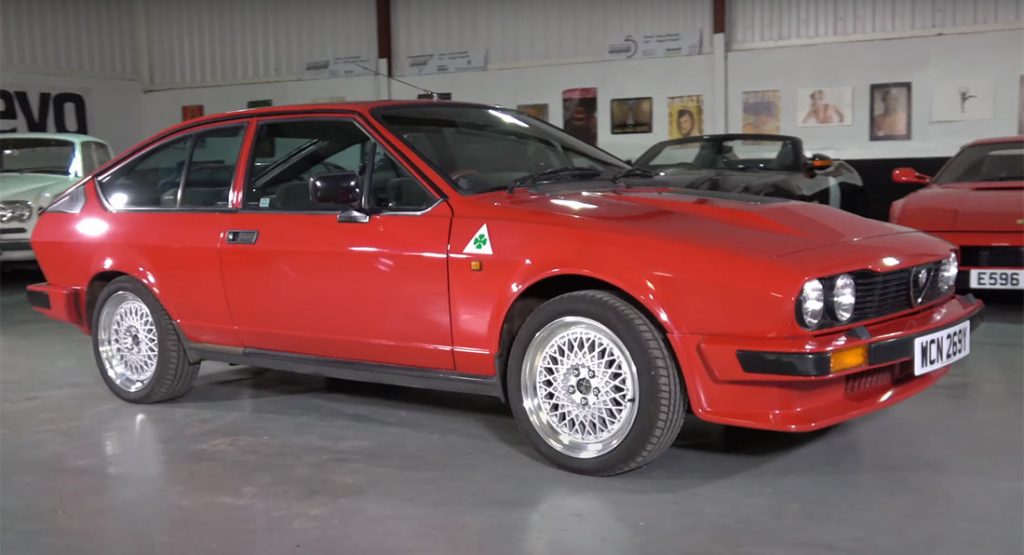 Alfa Romeo has built some fantastic cars over the decades, and the Alfetta GTV 6 2.5 is one of its most beloved.

The standard Alfetta was produced between 1972 and 1987, but in 1974, the Italian car manufacturer made it more exciting with the launch of the GT variant. A range of other versions hit the market in the following years and of them, it is perhaps the GTV 6 2.5 that is the most well-known. Harry Metcalfe recently had the opportunity to take one for a spin.

Powering the car is a 2.5-liter V6 that features Bosch L-Jetronic fuel injection. This engine is praised by many enthusiasts and is mated to a manual transmission. Metcalfe appears impressed by the Italian V6, commenting that it really starts to sing at about 4,000 rpm before topping out at just above 6,000 rpm.

It’s not all good news, though. The veteran journalist isn’t a fan of the transmission, stating that you can’t rush the gear changes as it is quite unpredictable and difficult to actually know what gear you’re shifting into. He does, however, note that the car is well damped, particularly for a vehicle of this age.

As this is an Alfa Romeo from the 1980s, it hasn’t been put together all that well. For example, the buttons and switches in the cabin all appear a little flimsy and the fan speed controls are curious . It also uses a manual sunroof and lacks any speakers in the front doors.