Lexus ES Beaches Itself On Median, But Driver Falls To Admit Defeat 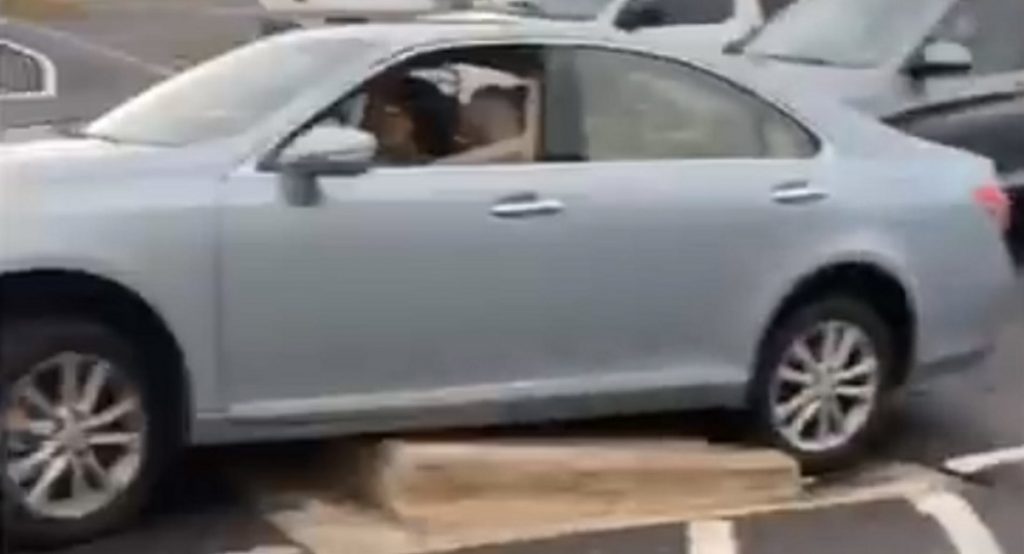 The Lexus ES is a comfy cruiser, but it’s no off-roader. One woman found that out the hard way as she managed to get her car stuck on a median.

As you can see in this video, a woman was apparently trying to leave a Walmart parking lot but didn’t notice the random median in front of her. As a result, her car got stuck on it when she tried to pull forward.

As the woman attempted to free her car, a small group formed and cheered her on. The person who filmed the clip reportedly offered to call AAA, but she want to give it a few more tries before admitting defeat.

After several attempts and a couple of near misses, she appears ready to give up. However, she remained in good spirits as she exited the vehicle and gave the camera man a high-five.

Approximately one hour after the saga began, the woman was able to successfully reverse the car off the median. While the exterior doesn’t look like it suffered any damage, the undercarriage probably wasn’t as lucky.

While the group was there to ‘help’ the woman, it’s unclear why they didn’t put their phones down and push the car. That could have potentially made the rescue much faster, but common sense isn’t so common in YouTube generation.