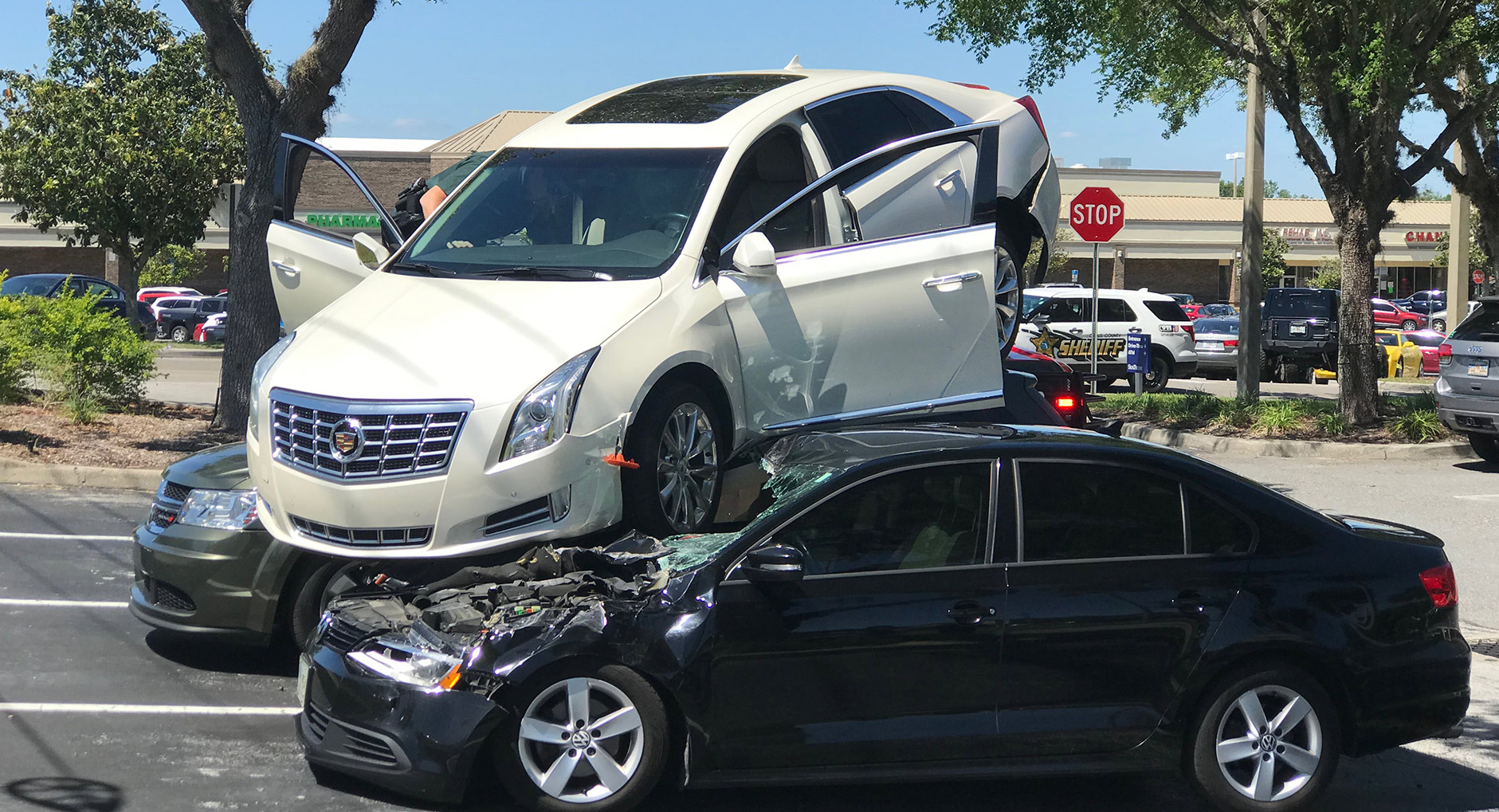 The Cadillac XTS doesn’t have much in common with monster trucks, but that didn’t stop one Florida resident from doing their best Bigfoot impression.

According to Fox 13, the elderly driver of the XTS was at a SunTrust Bank drive-thru when they accidentally put their car into reverse instead of drive.

While accidents happen, the driver kept their foot on the gas. This caused the car to fly out of the parking lot and onto County Road 486.

Also Watch: Toyota Camry Goes All Dukes Of Hazzard, Jumps Row Of Cars At Dealership Before Crashing Into Others

You can’t even make this stuff up..! Day 1: Phase 1 of opening Florida back up and the non-essentials are back out on…

Posted by Christopher Crerand on Monday, May 4, 2020

Instead of stopping, the driver started turning as they hit the median. After narrowly missing a pickup, the XTS drove through an intersection in reverse.

The driver then continued turning and launched the car into parking lot where it landed on top of a Dodge Journey and Volkswagen Jetta. The XTS looks to be in remarkable condition, despite the accident, as the only damage appears to be banged up bumpers.

The others cars weren’t as lucky as the Jetta’s hood and windshield were destroyed. The Journey, on the other hand, appears to have a deformed roof as it was never designed to have a Cadillac parked on top.

Police are reportedly investigating the accident but, given the age of the driver, it’s likely they were just confused and panicked once they started going in reverse. That’s a terrifying combination, but we’ve see it happen countless times in the past.

Thankfully, no one appears to have been injured but things could have easily turned tragic.