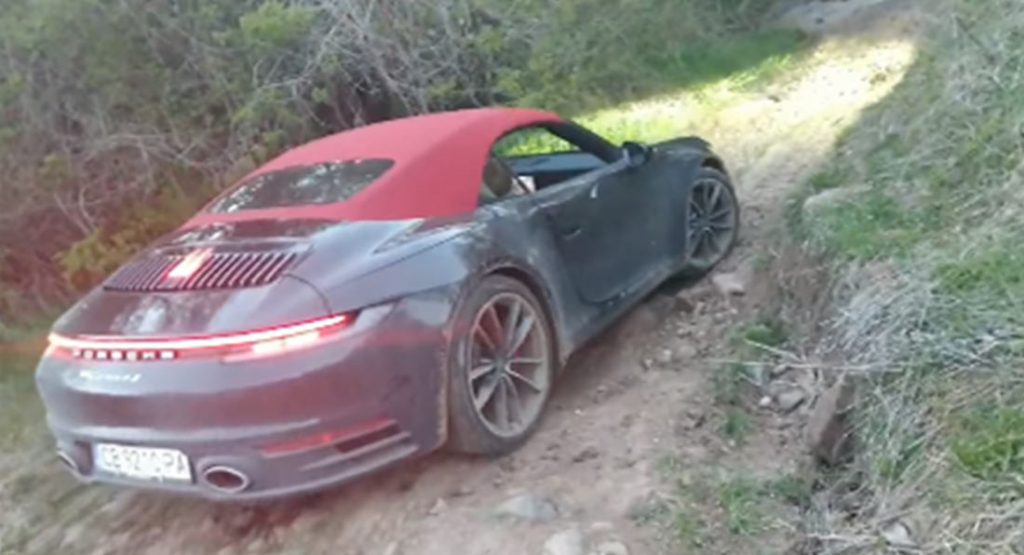 Limited details about the video in question are known, other than the fact that it was filmed near Sofia, Bulgaria. It appears to have been filmed by a pair of mountain bikers who had their ride interrupted by the arrival of the German sports car.

The clip shows the black Carrera 4S Cabriolet, complete with a lovely red roof, being driven by an elderly gentleman down a narrow path covered in rocks. While an SUV would have no trouble driving down the trail, the low ride-height of the 911 makes it less than ideal for such surfaces.

At the 20-second mark of the video, the front right wheel momentarily lifts off the ground as the sports car slides along the dirt. A few seconds later, the underside of the rear bumper can be heard scraping along the ground.

Not dissuaded, the driver continues on, and crosses a small stream in the car. We have no way of explaining just what is going on here but a comment on the original Facebook post suggests this isn’t the first time the man has been spotted by locals driving his Porsche off road.

Perhaps this is his ‘driveway’ and he lives in a property at the end of the rocky path? Or maybe he just splurged some of his retirement money on a Porsche and is looking to enjoy it without speeding around on public roads? Give us your best guess down below.