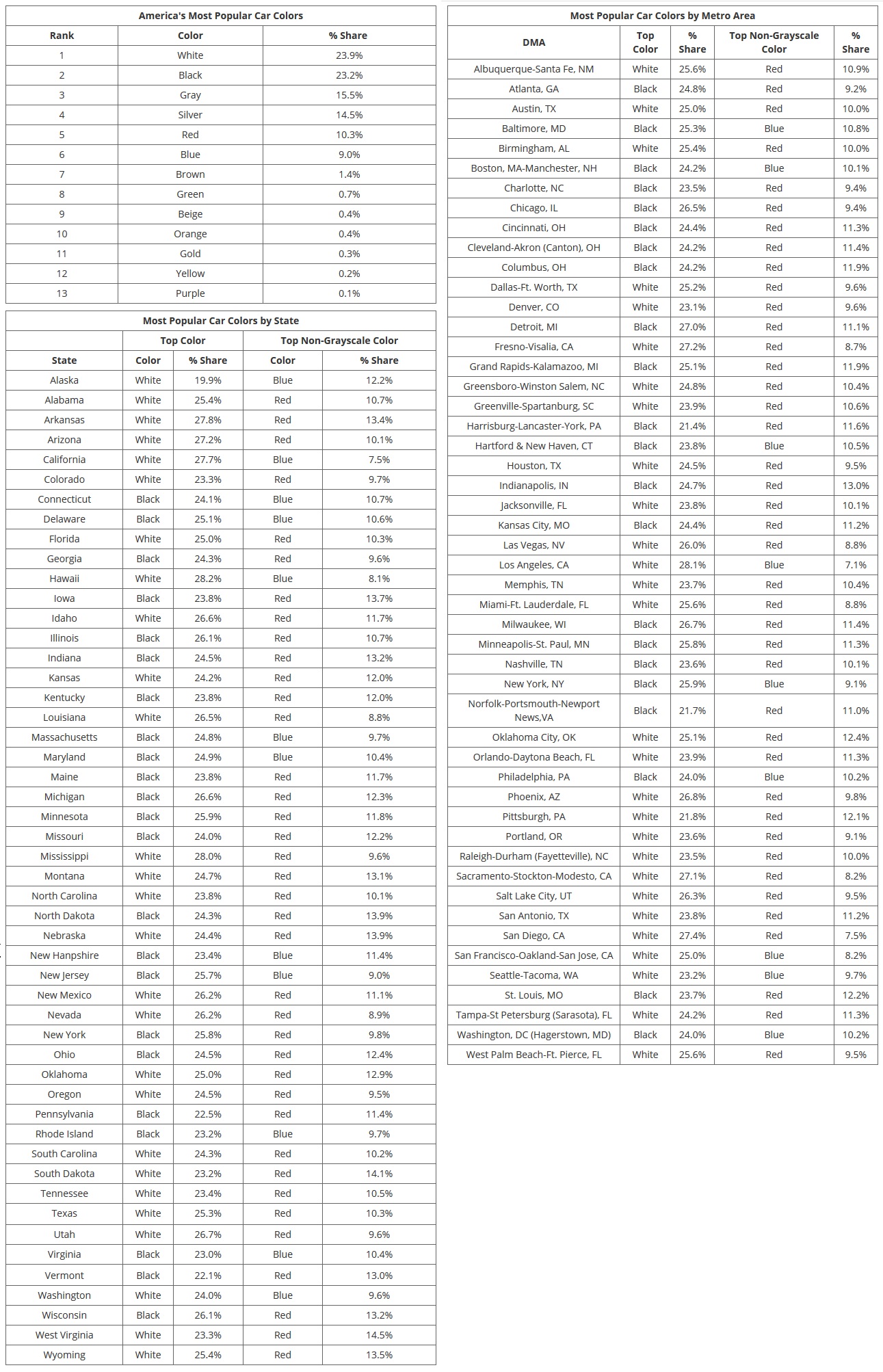 Did you say white? Well, then, you are right, because this is still the most popular car color among customers on our side of the world (and not only).

According to a study conducted by iSeeCars, who looked at 9.4 million vehicles on the road last year, from the 2014-2018MY, to determine the market share of each shade, white leads the chart with 23.9 percent, followed closely by black, with 23.2 percent.

Related: These Are The Best And Worst Car Colors For Resale Value

The podium is completed by gray, with 15.5 percent, followed by silver, red and blue, in this order, with 14.5, 10.3 and 9.0 percent, respectively. Next we find brown, green and beige, which account for 1.4, 0.7 and 0.4 percent, respectively. Orange may be popular among those buying a sports car or a supercar, but it only accounts for 0.4 percent, while another 0.3 percent goes to gold. Yellow holds on to 0.2 percent and purple ends the chart with 0.1 percent.

The study breaks it down to each state, in alphabetical order, and varies between white and black, while the non-gray scale second option is either blue or red. In the 50 most populated areas across the nation, 28 of them are dominated by white and the rest exclusively by black. The most popular non-gray color is red and can be found in 41 areas, followed by blue with 9. You can check out the charts below and tell us what color your vehicle of choice is in the comments section.